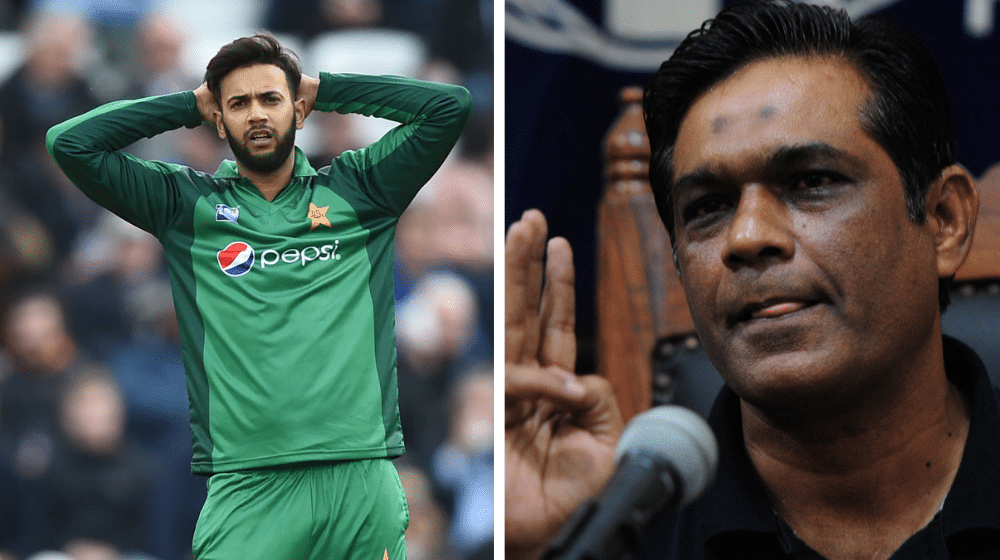 Former captain Rashid Latif believes that the current Pakistan team management is treating Imad Wasim like Mohammad Amir. Latif said that if they continue to treat Imad like this, then another Mohammad Amir type incident is likely.

Pakistani Batsmen Rule the Batting Charts in T20 Cricket For 2020

Latif added that in the two matches that Imad played, he did not bowl his full quota of overs, and he was sent below Faheem Ashraf in batting as well.

“Team management have shaken Imad’s confidence by benching him in the third T20I. There is no replacement for Imad Wasim in the team,” Latif said.

Latif believes that Imad Wasim should be treated with more respect, not because he is a senior player but because of his services to the Pakistan cricket team. He added that Imad could be a vital player for Pakistan in the T20Is, and with the upcoming T20 World Cup being held in India, Imad will be crucial in those types of conditions.

Imad Wasim played the first two T20Is against New Zealand and was benched in the third T20I. Imad bowled a total of 5 overs in the two T20Is, where he conceded 39 runs. He only batted for 19 balls and scored 29 runs in the two matches.

“If you have made up your mind that you are going to treat him like this, then you are preparing a second Mohammad Amir,” Latif concluded.

Imad has left the Pakistan squad after the conclusion of the T20I series and traveled to Australia for the Big Bash League, where he will be representing Melbourne Renegades.