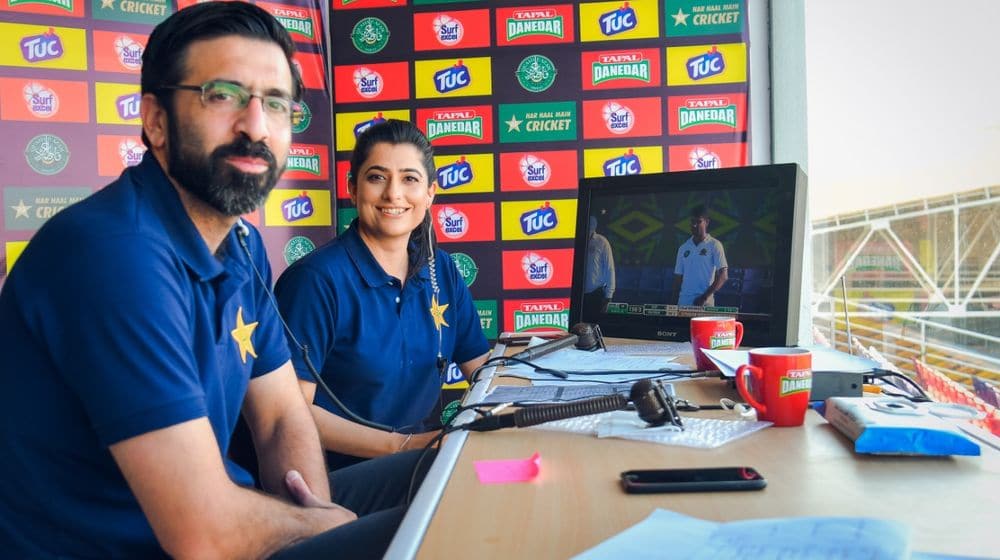 Sana showed symptoms of fever on the third day of the final and her COVID-19 test came back positive. The rest of the production team and any person who has been in close contact with Sana Mir will now undergo COVID-19 tests, the results for which are expected by tonight.

Sana has been put in isolation at the Pearl Continental hotel and will not be fulfilling her commentary duties for the rest of the match. However, the rest of the production team will be covering all the action from National Stadium Karachi.

The rest of the commentary panel for the final, Bazid Khan, Sawera Pasha, Sikander Bakht, Tariq Saeed, and Ali Younis, have shown no symptoms yet, but have been advised to carry out their COVID-19 tests. A PCB official confirmed that they have made efforts to make sure everyone is safe from the virus and have disinfected the facility.

Pakistan’s domestic season has been in full flow despite the country experiencing the second wave of the virus. The players have had a hectic schedule as they have been playing constant cricket in the bio-secure bubble. There have been multiple breaches during the current domestic season with several players testing positive for the virus.