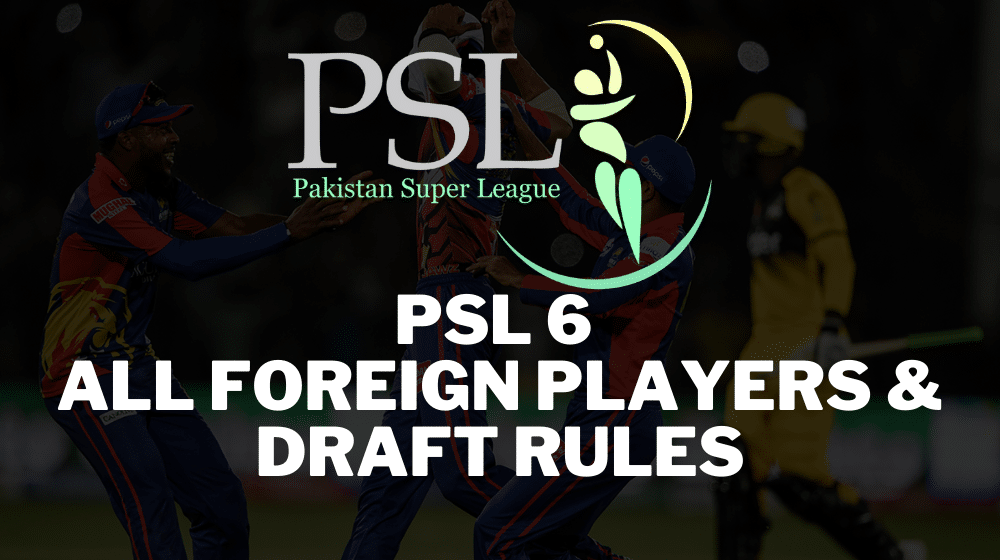 Chris Gayle will be one of the major potential picks when the Pakistan Super League 2021 Player Draft takes place at the High-Performance Centre on Sunday afternoon. The event proper will be staged in Karachi and Lahore from 20 February to 22 March.

Gayle, a two-time ICC Men’s T20 World Cup winner, is one of over 400 foreign players from 20 cricket playing countries* who have expressed their availability and interest in one of the most competitive and high-quality leagues in the world.

Here Are The Players Each Team is Retaining for PSL 6

England’s No.1 ranked Dawid Malan is also in the Draft, along with compatriots Moeen Ali, Tom Banton, and Chris Jordan, although their availability is likely to remain limited due to their international commitments.

South Africa’s duo of David Miller and Morne Morkel have also entered the Draft and will be hoping to be picked by one of the franchises so that they can also make their debuts in the event. Dale Steyn is the other leading South Africa cricketer who is available in the Draft.

Some of the biggest foreign names in the PSL 2021 Player Draft are:

Let’s have a look at the draft pick order after all the franchises announce their player retentions.

*Following Islamabad United and Karachi Kings’ trade, Karachi will take Islamabad’s pick in the first round of Diamond, while Islamabad will make their lone Diamond pick in the second round.

How the Player Draft Works

Teams must pick at least three foreign players in the first nine picks.

In addition, there are five Silver and two Emerging category rounds to complete a roster of 16 players

Each team can pick up to two additional players in the Supplementary round. All supplementary players shall be considered active members of the squad

Each side must have a minimum squad of 16 players and can have a maximum squad of 18 players as per the following combination – three platinum, three diamond, three gold, five silver, two emerging, and two supplementary (optional)

Each team has one wildcard pick this year that allows them to pick a player from the Silver category and above in any category between Gold and Platinum.