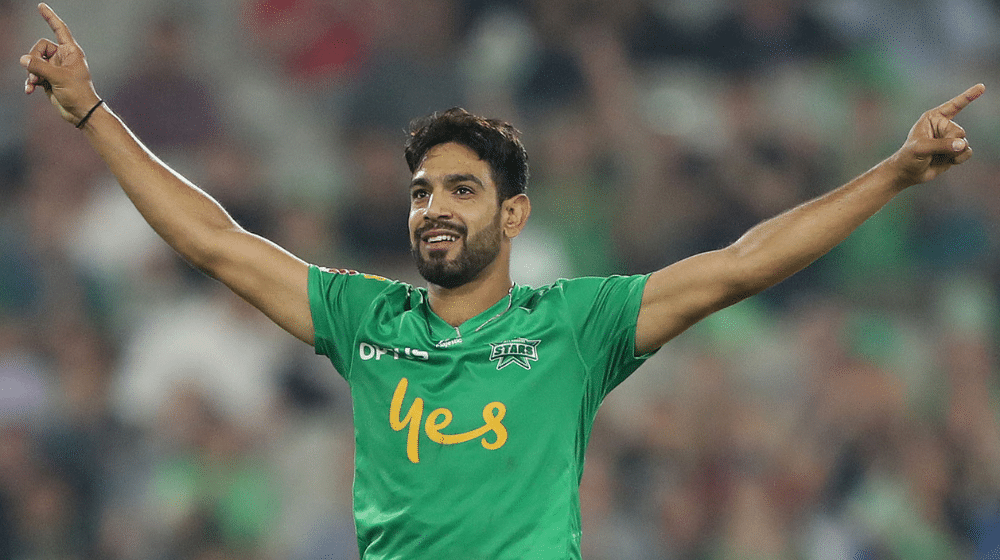 Fast bowler, Haris Rauf, has witnessed a meteoric rise over the past couple of years. He was hand-picked by Pakistan Super League (PSL) franchise, Lahore Qalandars, after impressing the coaches at their talent hunt program.

Coaches were impressed with the raw pace Rauf possessed, but his bowling needed some fine-tuning. After making his PSL debut in 2019, Rauf was selected by Big Bash League outfit, Melbourne Stars, last year. Rauf took the league by storm, picking up 20 wickets in the tournament, including a hat-trick and a five-wicket haul. Rauf made quite an impression in Melbourne Stars as he was picked once again to represent them in the latest edition of BBL.

Rauf flew to Australia to take part in this year’s BBL after wrapping up his international duties with Pakistan. Haris Rauf started with a bang and clocked in at 150.2 kph against Adelaide Strikers.

Rauf finished off with figures of 33/1 in 3 overs as Melbourne Stars went onto lose the match by five wickets.

Rauf’s raw pace was evident at the talent hunt program, but he has developed his bowling according to the requirements of international cricket. Add the two together, and you have a potential world-class bowler.

Rauf has been solid at the international level for Pakistan as well. He has picked up 16 wickets at an average of 23.2 and an economy rate of 8.65 in 11 T20I matches.