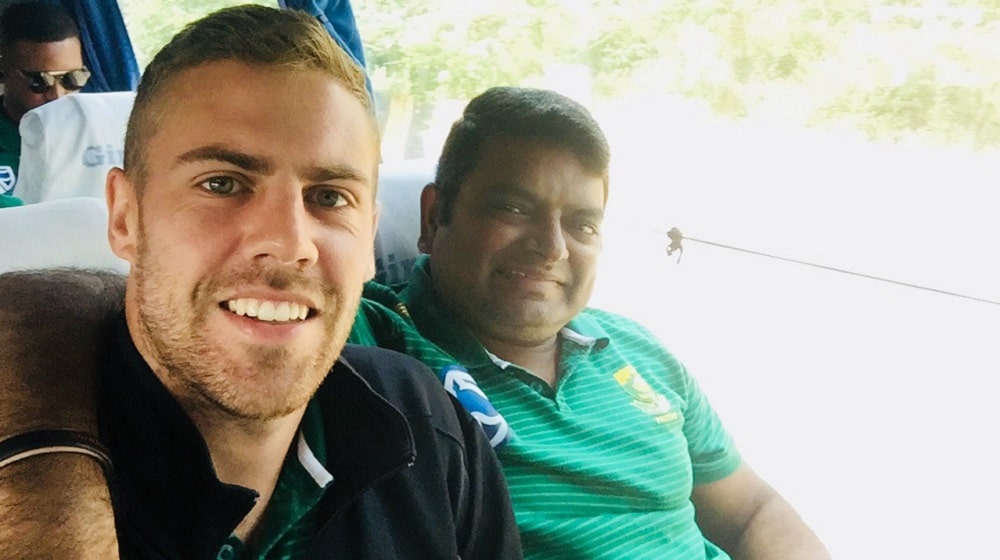 South African cricket team’s Indian performance analyst, Prasanna Agoram’s contract with the Proteas has come to an end that is why he did not travel to Pakistan.

Earlier, Indian media, true to form, once again tried to politicize sports and claimed that the Pakistan High Commission in South Africa had denied the visa request of Prasanna Agoram ahead of South Africa’s visit to Pakistan on the pretext of “security concerns.”

Note that the South African cricket team stepped foot on Pakistani soil last week for the first time in 14 years.

PCB has arranged head-of-state level security for the visitors as Police, Army, and Rangers are working in tandem to ensure the security of the team.

Notably, Proteas spinner Tabraiz Shamsi took to his official Twitter handle to commend the authorities for the tight security arrangements after landing in Pakistan.

South Africa’s tour to Pakistan consists of 2 Test matches and 3 T20Is. The two Tests will be held in Karachi from 26-30 January and Rawalpindi from 4-8 February while the T20I series will be played in Lahore from 11-14 February.