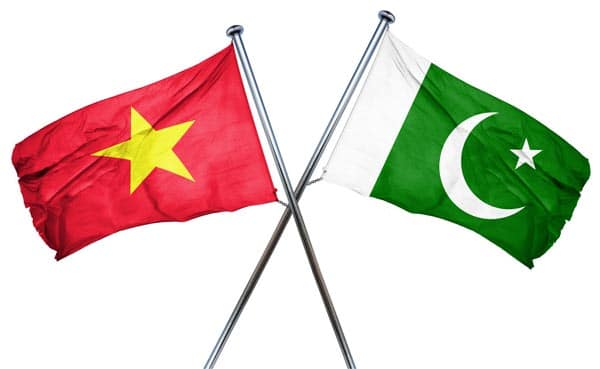 President Dr. Arif Alvi has said that Pakistan highly values its relations with Vietnam and wants to further strengthen trade and economic cooperation between the two countries.

He said that Vietnamese investors need to take advantage of Pakistan’s improved business environment as Pakistan has offered the on-arrival visa facility to Vietnamese nationals.

The President made these remarks while talking to the outgoing Ambassador of the Socialist Republic of Vietnam, Pham Hoang Kim, who called on him, at Aiwan-e-Sadr, today.

While highlighting the need to institutionalize high-level bilateral exchanges, the President said that the exchange of parliamentary delegations would open up new avenues of bilateral cooperation.

He said that Pakistan admired the fast-paced economic growth of Vietnam. Pakistan is also grateful for Vietnam’s support to Pakistan to become a full dialogue partner with the Association of Southeast Asian Nations (ASEAN), Alvi said.

He underlined the need to foster people-to-people contacts by promoting cooperation in the fields of tourism and education.

The President congratulated Ambassador Kim on the successful completion of his tenure in Pakistan and appreciated his efforts towards the promotion of bilateral ties between Pakistan and Vietnam.