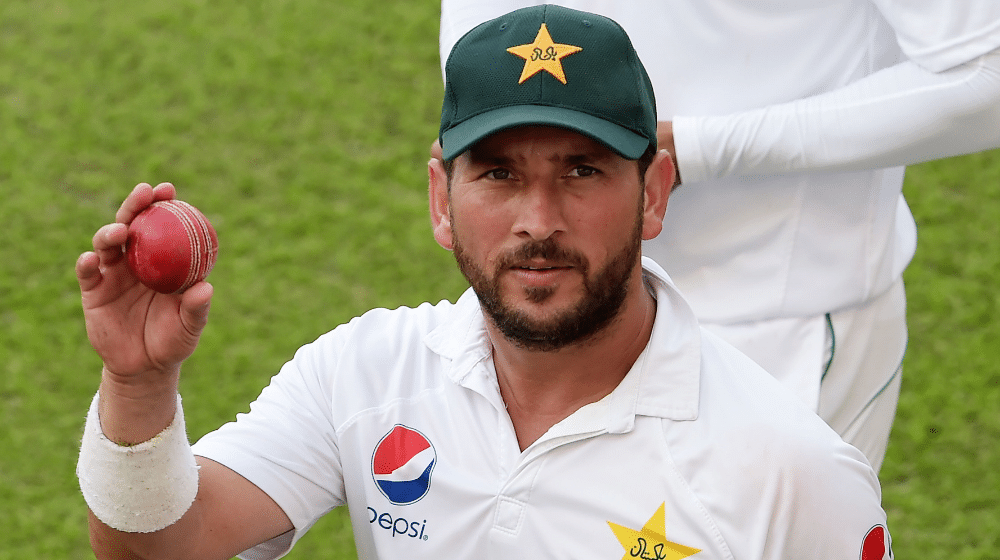 Pakistan’s Test spinner, Yasir Shah, has admitted that his performances have not been up to the mark recently. He said that he has been training and focusing on getting back into form to pick up wickets and win matches for his country.

Yasir believes that the playing conditions have not suited him, and his role has significantly changed according to the opposition and the playing conditions. Yasir said that he is training hard and keeping himself fit to play as long as he can for Pakistan and aims to cross the 300 wickets milestone as soon as possible.

If Yasir can achieve the milestone, he will be the fourth Pakistani bowler to do so. Wasim Akram, Waqar Younis, and Imran Khan are the other three to cross the mark. Leg-spinner, Danish Kaneria, is next on the list with 261 wickets to his name.

Yasir will be crucial for Pakistan in the upcoming Test series against South Africa and will be raring to go with the pitch conditions suiting him. Yasir is likely to be a part of the playing XI in the first Test match against South Africa scheduled to begin on Tuesday 26 January at National Stadium Karachi.