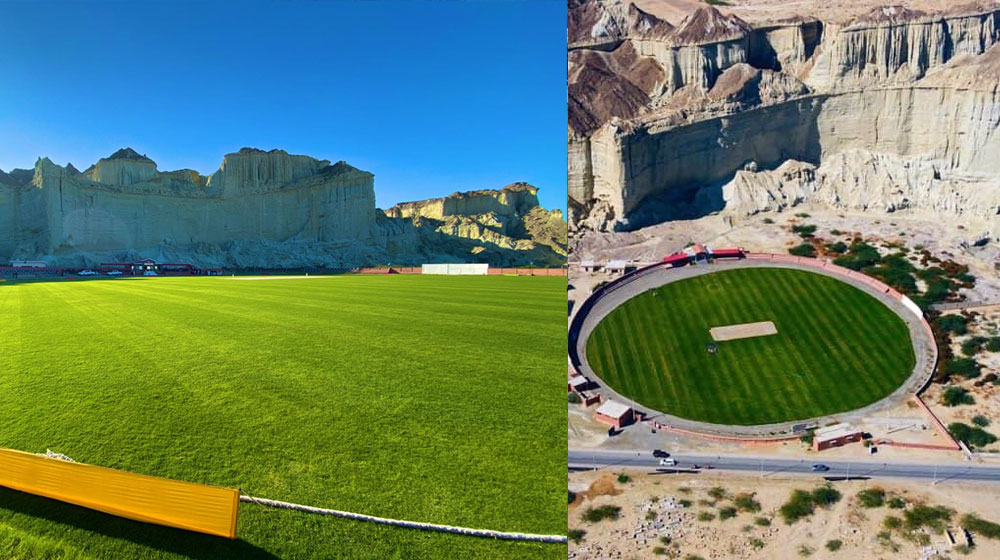 The scenic cricket stadium of Gwadar has left the International Cricket Council (ICC) in awe after the images of the picturesque stadium had gone viral on the internet.

The governing body’s Twitter handle shared some of Gwadar stadium’s pictures, making rounds on social media, and challenged its followers to name a venue more beautiful than the beautiful new stadium in the city of Gwadar, Pakistan.

“Show us a more picturesque sports venue than the Gwadar cricket stadium in Balochistan. We’ll wait…”

🖼️ Show us a more picturesque sports venue than the Gwadar cricket stadium in Balochistan.

The ICC’s tweet came in the backdrop of a Twitter trend where fans were lauding the beauty of the newly constructed stadium in the Balochistan province of Pakistan.

Let’s hope some day we can have international cricket matches at the awesome Gwadar Cricket Stadium 🏏 😎#BeautifulPakistan pic.twitter.com/mI3jbgPTVI

Gwadar Cricket Stadium – a jewel in the crown!

How abt Opening Ceremony / Matches of the Pak Super League-21 here this time?

It also caught the attention of the South African leggie, Tabrez Shamsi, who is part of its Test and T20I squad touring Pakistan.

The bowler liked the venue so much that he even requested the authorities to move the final T20I from Lahore to Gwadar. He included it in the three of his favorite venues for cricket. The other two are Newlands in South Africa and Dharamsala in India.