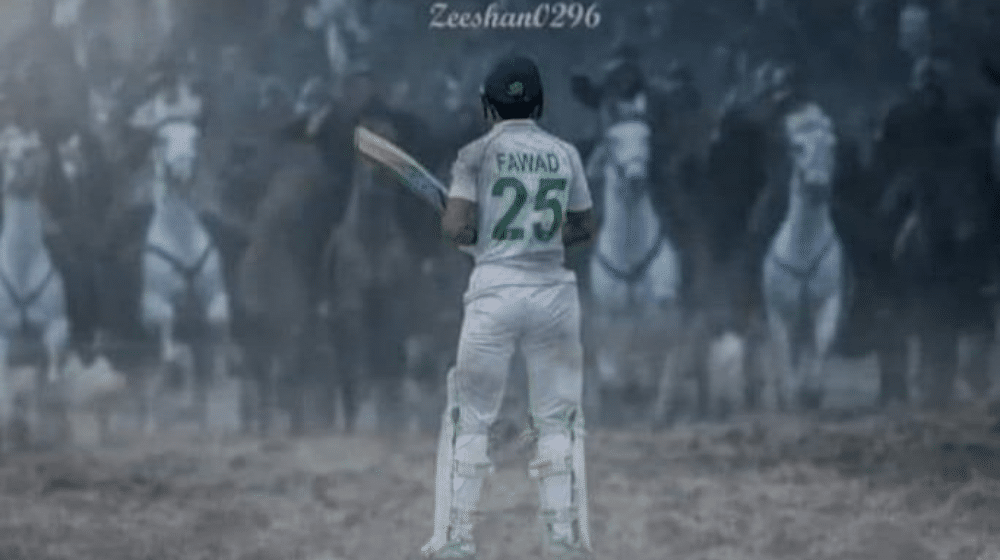 Middle-order batsman, Fawad Alam’s heroics in the first Test match against South Africa have been likened to that of Jon Snow, one of the main characters on the renowned TV show, Game of Thrones.

The meme of Fawad Alam’s photoshopped image in place of Jon Snow has been doing the rounds on social media and the people are in awe of the similarities.

There have been many unusual batting stances in cricket history like that of West Indian batsman, Shivnarine Chanderpaul, and Australia’s Steve Smith, but Fawad Alam’s stance is unlike anything anyone has ever seen before. Although people are still perplexed with his stance, they cannot deny the grit and passion he has shown in his recent performances.

Fawad scored a battling century in the first Test match and rescued the team from a precarious position, helping the team post a decent total on the board and ultimately win the match. He was showered with praises by the cricketing fraternity for his ability to battle under pressure.

Similarly, an image from one of the episodes of Game of Thrones shows Jon Snow facing an onslaught of thousands of men approaching him on horses. Jon Snow’s stance with the sword in his hand has been likened to Fawad’s batting stance.

A fan photoshopped the image to perfection, replacing Fawad with Jon Snow.

One fan commented that Fawad’s journey has been quite similar as he was facing an onslaught himself in the shape of Inzamam-ul-Haq, Mickey Arthur, and Ramiz Raja.

Here are the original images: 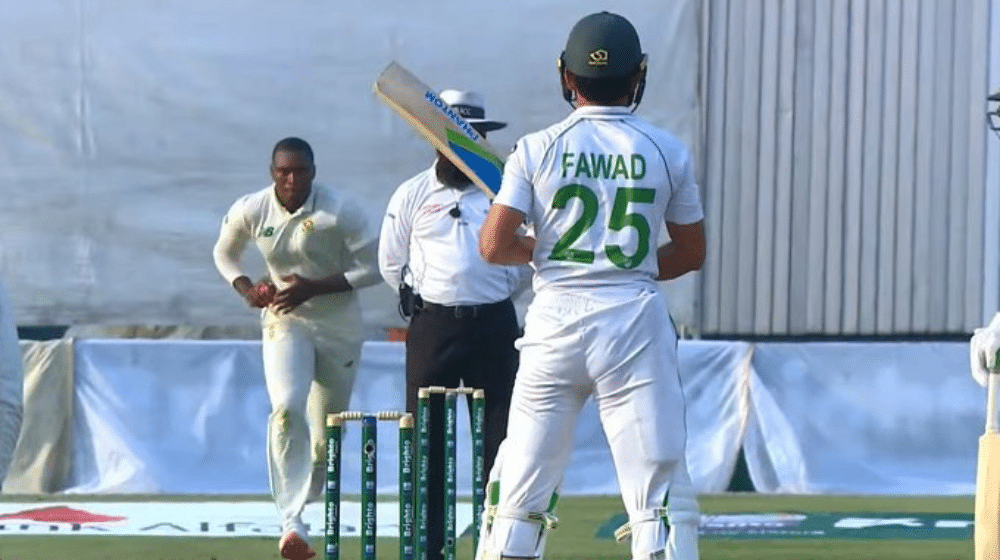