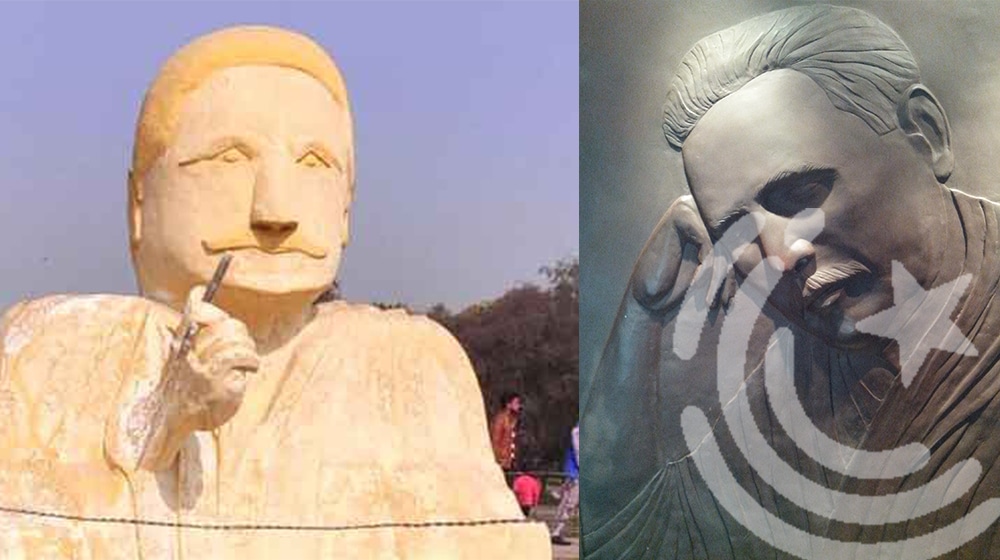 Regarded as one of the greatest contributors of Urdu literature of his time, Allama Iqbal is appreciated as a conspicuous poet in Pakistan, Bangladesh, Kashmir, Sri Lanka, Iran, and in various research circles across the world.

Iqbal loved to talk about Islam in his poetry, and encouraged the youth to become one with religion.

Allama Iqbal died before Pakistan came into existence, but his legend lives on through his poetry. Today, the nation remembers this national hero in a variety of ways. We have songs to relive his poetry, and a few skits to envision his works in literature.

Perhaps his appearance is a question mark for everyone; or maybe not. 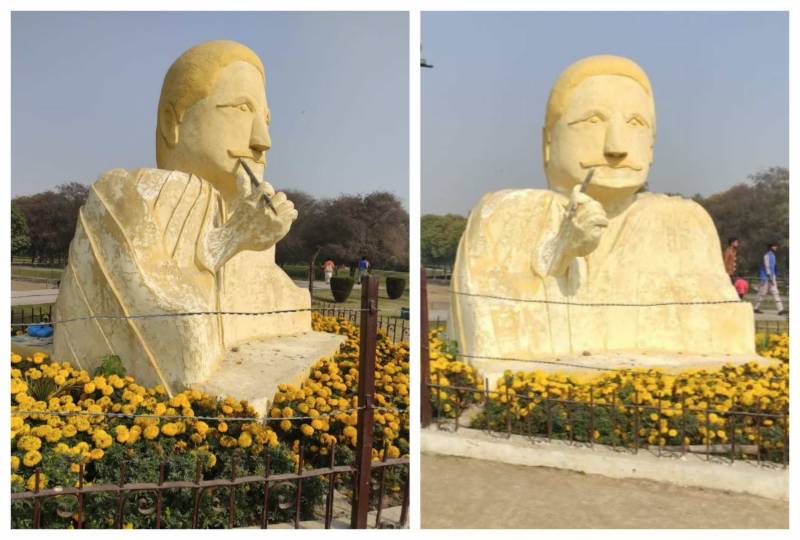 The renowned poet’s oversized bust is sitting high and mighty at Gulshan-e-Iqbal Lahore. The workmanship is commendable for sure, albeit a few inaccuracies highlighting a face that barely resembles the legend that is Iqbal.

Allama Iqbal loved art and inspired young people to be brave and bold in their expression. Students who pursue a career in arts would fall in the same category today, but sadly, Twitter disagrees:

It’s claimed that this is statue of Allama Iqbal, displayed in a park in Lahore. Definitely doesn’t even resemble him. This happens when art doesn’t flourish in the society from the fear of mullah. #Allamaiqbal #Iqbal #Lahore pic.twitter.com/LoGbPWFOop

Apparently, this was the work of gardeners. And Netflix:

Rumors suggest this bust was done in honor of the ex-Rector NUST, Lt Gen (Ret.) Naweed Zaman. Dear NUSTIANS! What does your imagination tell you? 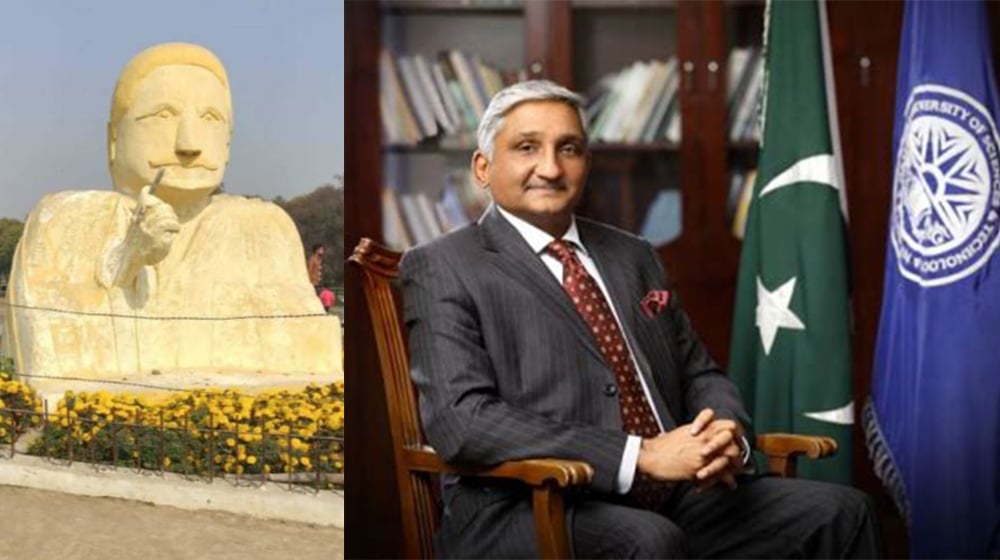 Iqbal was a man of many traits but never resorted to insult the works of his fellow countrymen, let alone gardeners:

A few aqalmand netizens suggest the government is behind this, for whatever reason:

Look at our poet laureate #AllamaIqbal through the lens of state! His statue at Iqbal Park, Lahore’
This exactly represents what the Pakistani deep state has done with the thoughts of #Iqbal!
Photo courtesy: Noor Shamsuddin pic.twitter.com/Ihlu3nFQin

Online shopping has grown in the past 10 years at an exponential pace, perhaps to the extent of making memes:

Unemployment is a root cause for any country’s fledgling growth. The following tweet perfectly hits home with people on the lookout for jobs these days:

The then All-India Muslim League passed the Pakistan Resolution for the establishment of a separate homeland for Muslims of British India in March 1940.

It is a landmark document of Pakistan’s history, but people today still prefer to make satirical remarks by associating the historic feat with their way of thinking:

This one probably takes the cake.

Now it’s pretty obvious the bust doesn’t mirror Allama Iqbal in most ways. But it won’t hurt anyone if they applauded the people who made this.

For now, the park management has decided to build a fence around the sculpture and for good reason:

Chief Minister Sardar Usman Buzdar has also taken notice of the situation, and has ordered Director General Parks and Horticulture Authority to submit a report, pending probe until further notice.