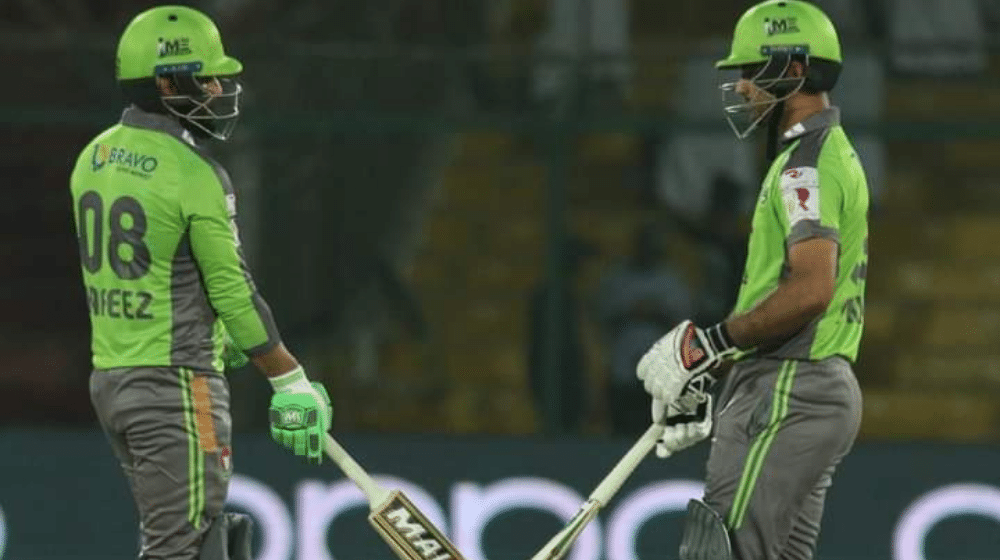 Here’s the PSL schedule if you want to know which teams are playing next.

Fakhar Zaman and Mohammad Hafeez smashed half-centuries as Lahore Qalandars moved to the top of the PSL points table after registering a comfortable victory against Quetta Gladiators in the fifth match of PSL 6.

Fakhar was named as the man of the match for his unbeaten 82 off 52 balls as Lahore chased down a target of 178 with nine wickets in hand. Hafeez supported him with a blistering 73 off 33 balls, which included 6 huge sixes.

Earlier, Gayle put Quetta in a commanding position with his innings of 68 off 40 balls, including five sixes. Haris Rauf came into the Lahore side and picked up 3 crucial wickets.

Quetta’s bowler’s were wayward as they were unable to defend a decent total. Zahid Mehmood the only wicket-taker from the side.

Quetta Gladiators will look to bounce back from a disappointing defeat in their opening match as they face Lahore Qalandars in the fourth match of PSL 2021 tonight. Sarfaraz’s men had a poor outing in the first match with the batting unit completely dominated by the Karachi Kings bowlers. There are a few changes expected in their line-up as they look to get off the mark in PSL 6.

Lahore managed to hold their nerve against Peshawar Zalmi and chased down the target with relative ease in the end. Mohammad Hafeez continued his sparkling form and guided the Qalandars to a win in their first match of the campaign. Shaheen Afridi and Rashid Khan showed their class on the pitch as Lahore registered their first points of the tournament.

The match will begin at 7 pm Pakistan Standard Time as both the teams go head to head in an exciting contest. Watch the PSL live streaming here

Both teams have encountered each other ten times in the tournament. Both Lahore and Quetta have won five matches each and will be looking to go one up this time around.

Lahore Qalandars:
Rashid Khan might have gone wicket-less in the first match but his exploits with the bat helped Lahore to a win in their first match. Rashid scored 27 runs off 15 balls in the run chase and finished things off in style by hitting a ‘helicopter slog’ six. Rashid will be determined to open his wickets account in the next match.

Quetta might have disappointed but Chris Gayle looked to be in fine nick in the first match. Gayle scored 39 runs off 24 balls, including 2 huge sixes before being caught out. This will be Gayle’s last match in PSL this season and he will be looking to go out with a bang.