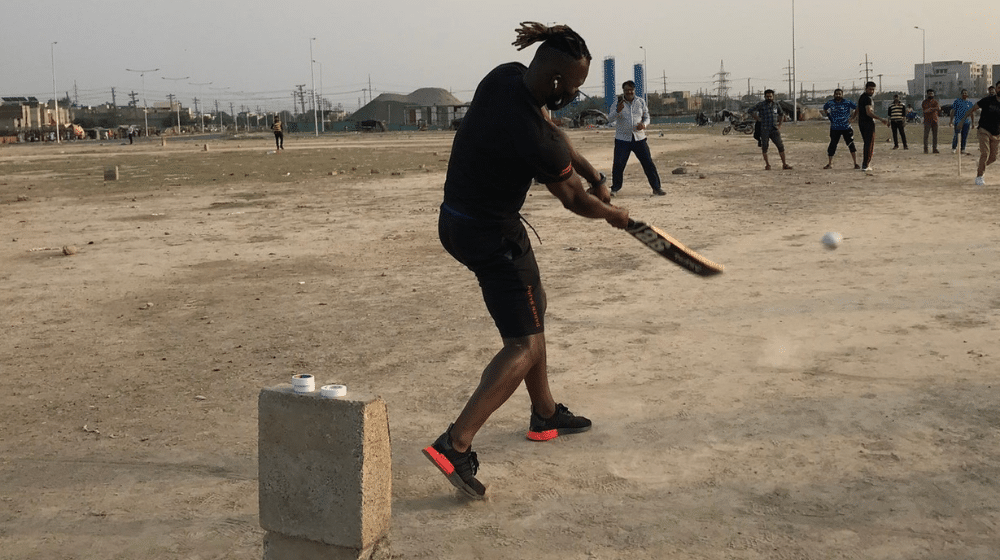 Former West Indies captain, Daren Sammy, decided to spend time as a tourist in Pakistan despite the postponement of the sixth edition of the Pakistan Super League (PSL). Sammy is enjoying his time in Pakistan as he spent time playing tape-ball cricket with the local kids in Lahore.

Sammy was thrilled at the opportunity to finally see Pakistan as a tourist and not a cricketer. Peshawar Zalmi uploaded a video of Sammy playing tape-ball cricket across various social media platforms.

Umar Akmal Eager to Get Back in the National Team


Sammy has been associated with the Peshawar Zalmi franchise since the inaugural PSL season and he led them to their only PSL title in the second season. After spending four seasons as their captain, Sammy was appointed as the head coach of the franchise in the sixth edition.

He has been a fan favorite since the inaugural PSL season and has also received Nishan-e-Pakistan, the highest civil award for foreign nationals, for his contributions to Pakistan cricket. He was also granted honorary Pakistan citizenship by the President of Pakistan, Dr. Arif Alvi.

Sammy is one of the finest T20 captains in history. He is a two-time T20 World Cup-winning captain, leading West Indies to wins in 2012 and 2016. He is also the first person to play international cricket from the Island of St Lucia.