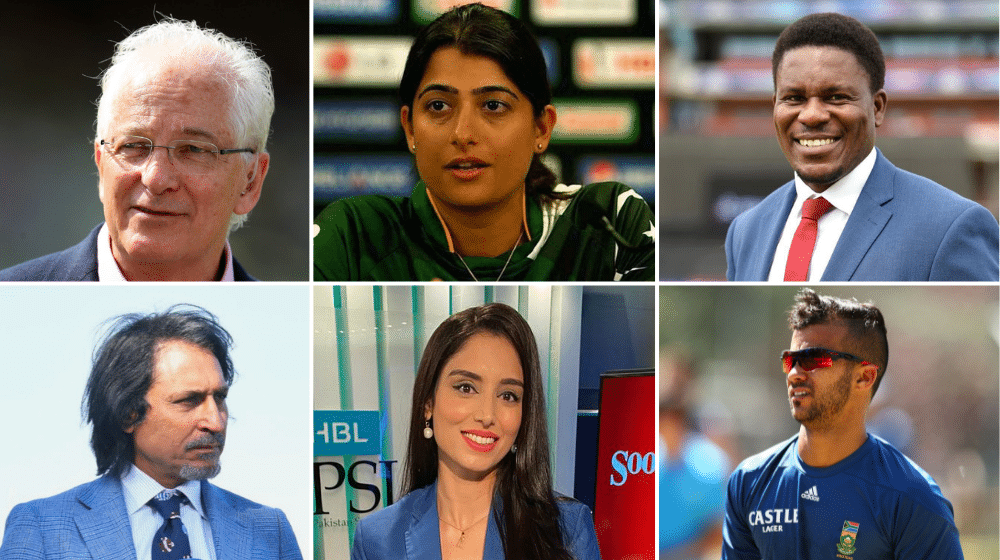 Renowned cricket presenter, Zainab Abbas, has revealed the names of the commentators for the remainder of the Pakistan Super League (PSL) 2021.

PSL Likely to Get Delayed Yet Again

Meanwhile, Tariq Saeed and Sikandar Bakht will be the Urdu commentators for the remainder of the tournament.

PSL 6 is scheduled to resume from 5 June in Abu Dhabi, but the final schedule of the tournament has not been announced yet, as the Pakistan Cricket Board (PCB) has been facing constant issues with the Abu Dhabi government.

The likes of JP Duminy and Pommie Mbangwa might face issues traveling to Abu Dhabi as the authorities have withdrawn permission to allow flights from India and South Africa to enter the country. This will cast a question mark on the entire tournament as the majority of the broadcasting team belongs to the two countries.