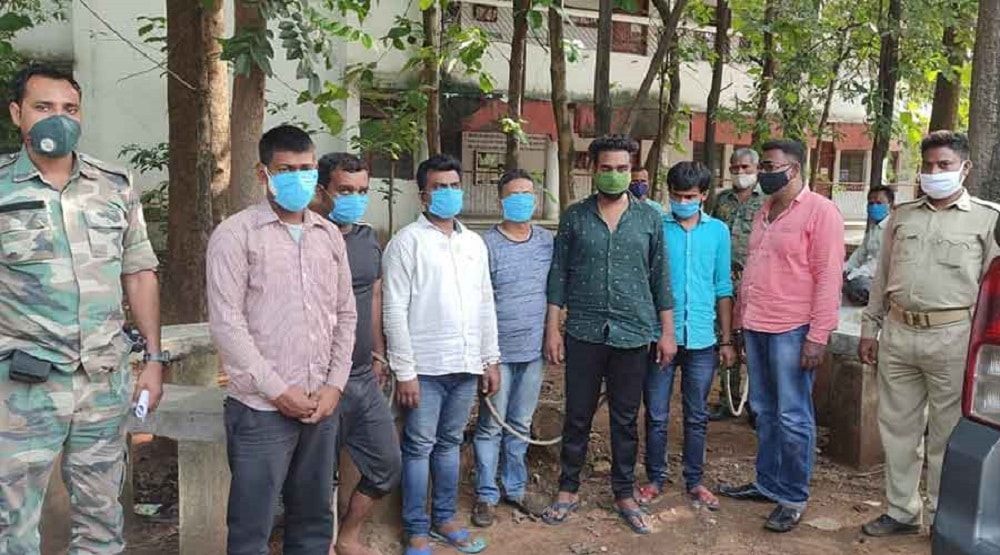 A special team of Jharkhand Police has recovered 6.4 kg of uranium worth around $.2.5 million from 7 suspects in different raids in Bokaro, a major industrial center and the fourth-largest city in the Indian state of Jharkhand.

All 7 individuals have been arrested and sent behind bars. They have been identified as Bapi Chandra, Anil Singh, Deepak Kumar, Krishna Kant, Hare Ram Sharma, Mahavir Mahto, and Pankaj Mahto.

An FIR has also been registered against them under the Indian Penal Code (IPC) Sections 414, 120B, 34 and Section 24 1(a) of the Atomic Energy Act and further investigation is underway.

According to SP Bokaro City, Chandan Kumar Jha, the arrested individuals are part of a national gang involved in illegal trade uranium.

This isn’t the first time that Indian authorities have confiscated uranium from unauthorized individuals.

Last month, Maharashtra Police had arrested two men who tried to smuggle 7 KG of uranium worth more than $2.9 million.