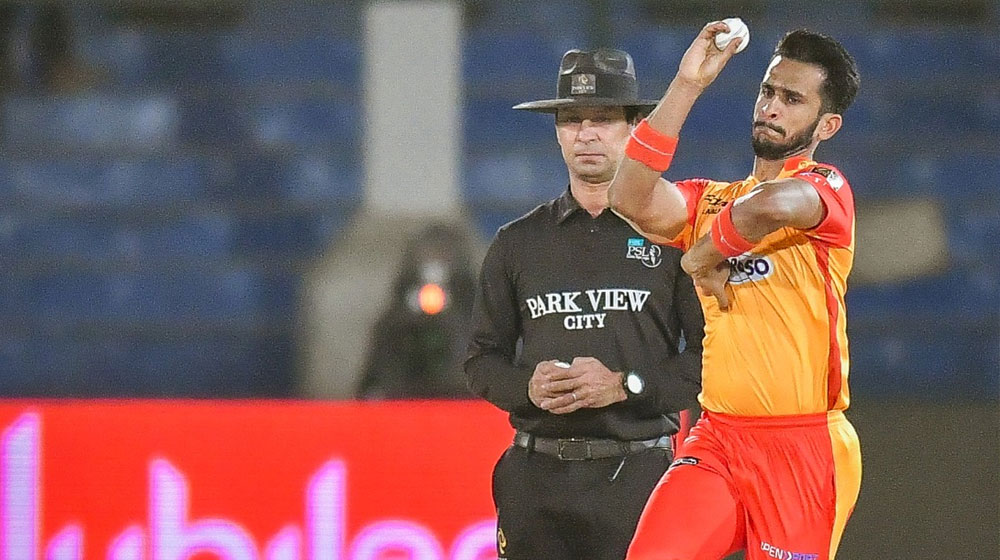 After consultation with his family, key Islamabad United fast bowler, Hasan Ali, has decided to stay with his team in Abu Dhabi and continue to play the remaining matches of Pakistan Super League (PSL) season six.

Earlier, Hasan was scheduled to take a flight back to Pakistan on the evening of June 13 due to a family issue back at home.

However, the fast bowler opted to stay with the franchise after his wife assured him that she would take care of the matter on his behalf.

“I was going through a personal family issue, which has been resolved thanks to my wonderful wife. She has assured me she will take care of it and wants me to concentrate on my cricket and my career. Hats off to such a wonderful partner.”

Hasan said that after the latest development, he has decided to stay on with Islamabad United for the remainder of PSL 6.

In a statement, Hasan thanked his franchise for ‘their support and understanding during this tough period.’

Meanwhile, Islamabad United owner, Ali Naqvi, said that the franchise would always support any personal decision of their players. He also welcomed Hasan’s decision to stay with the team and play the rest of the tournament.