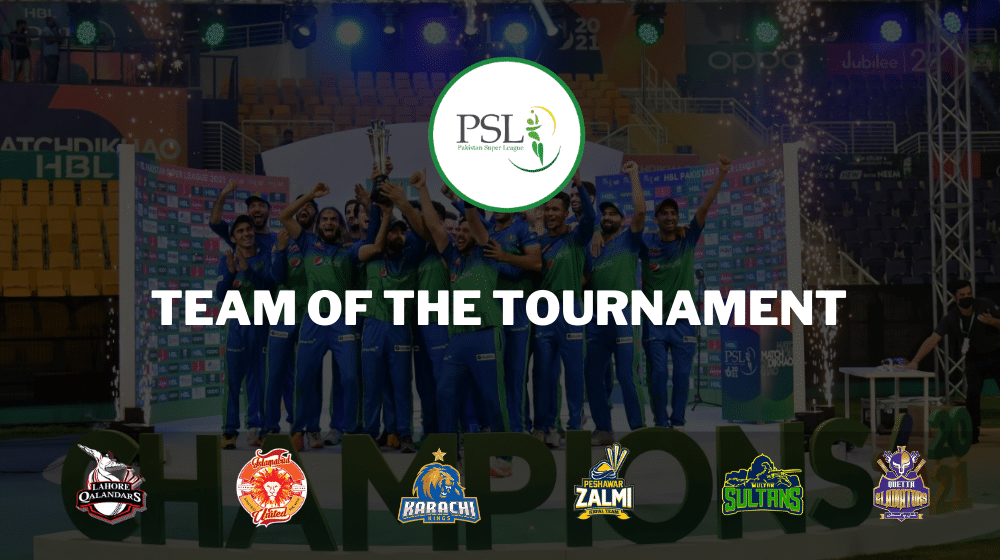 Pakistan Cricket Board (PCB) has announced the PSL 6 team of the tournament. The team includes three players each from winners, Multan Sultans and Islamabad United, two players each from runners-up, Peshawar Zalmi and Lahore Qalandars and one player from Karachi Kings.

Here’s Everything You Need to Know About PSL 2021 Final

The winning captain, Mohammad Rizwan, has been selected as the captain of the team of the tournament.

Pakistan all-format captain, Babar Azam, finished as the highest run scorer of the tournament and has been selected to open the innings alongside Peshawar Zalmi’s hard-hitting opener, Hazratullah Zazai.

Here is PSL 6 Team of the Tournament:

Would you make any changes to the team? Let us know in the comments section.