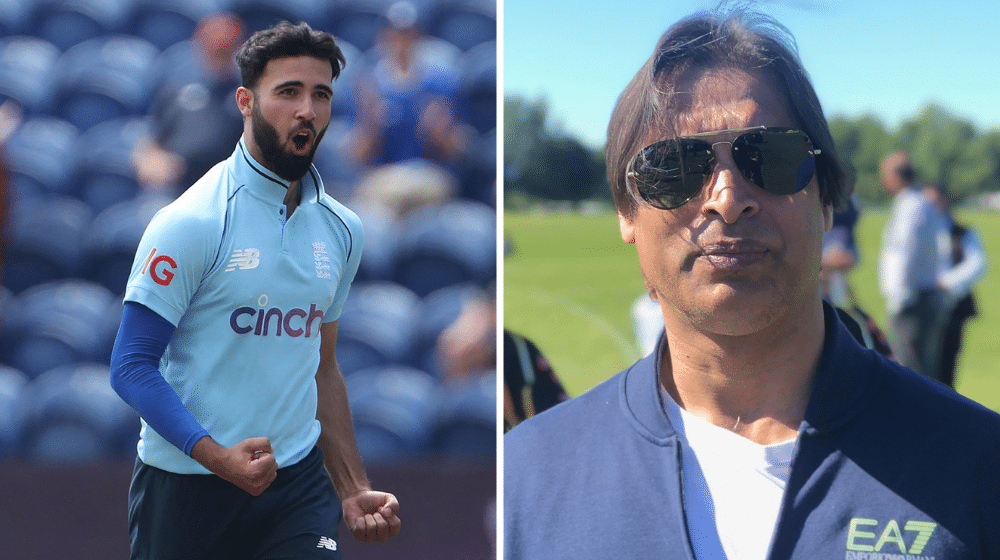 Pakistan’s former pacer, Shoaib Akhtar, revealed that English pacer Saqib Mahmood came to him for tips during the sixth edition of Pakistan Super League (PSL). Akhtar said that, unlike any Pakistani bowler, Saqib showed a willingness to learn when he contacted him for advice.

Saqib Mahmood was called up in a makeshift England squad for the ODI series against Pakistan, making a dream comeback to the international arena as he picked up four wickets in the first ODI.

Mahmood picked up the wicket of the opener, Imam-ul-Haq, on the first ball of the match and followed it up with a prized scalp of the world’s number one ODI batsman, Babar Azam, on the third ball of the match.

The 24-year old right-arm fast bowler was picked up by Peshawar Zalmi in PSL 6 and was the highest wicket-taker in the Karachi leg of the tournament. He pulled out from the Abu Dhabi leg of the competition due to scheduling conflicts.

Rawalpindi Express revealed that Saqib has been thriving ever since he sought his advice:

Saqib wanted me to coach him when he was playing PSL. I told him that there is less muscle mass on his legs and shoulders, due to which his pace is a little low. In the first ODI, he looked a little buff and there was power in his shoulders and there was a nip in his deliveries. He is trying to learn and will come to Pakistan again to learn from me.

Akhtar said that he was disappointed that no Pakistani fast bowler has come to him for any advice and it shows their lack of interest in improving themselves.