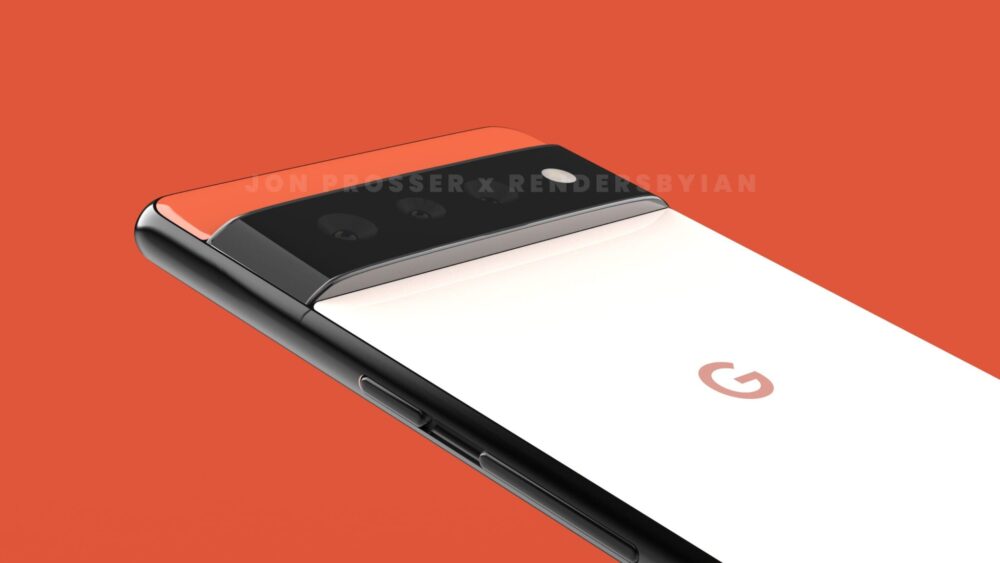 The Google Pixel 6 lineup is expected to launch in October this year. The series is tipped to include the Pixel 6 and the Pixel 6 Pro instead of a Pixel 6 XL.

We have seen the lineup in CAD renders and spec sheet leaks, but now the handset has appeared in live images, confirming the design we saw in previous leaks. These images show the Pixel 6 Pro featuring a curved display with a tiny punch-hole selfie camera. It is almost a full-screen display with extremely small bezels and a thin frame. There is no physical fingerprint sensor to be seen anywhere, suggesting an under-display sensor instead.

The rear panel has a dual-tone design and a horizontal triple-camera setup including an LED flash. This setup appears to have a pericope zoom lens as well.

The rear panel also shows the “GR1YH” model number at the bottom. Previous reports have shown that this model number belongs to the Pixel 6 phone codenamed “Raven” which is expected to be the Pixel 6 Pro.

However, Google’s Pixel devices are manufactured in China and shipped to the US so the text saying “Made in the US” casts doubt on the leak. We recommend taking this information with a grain of salt until the design is confirmed by Google.