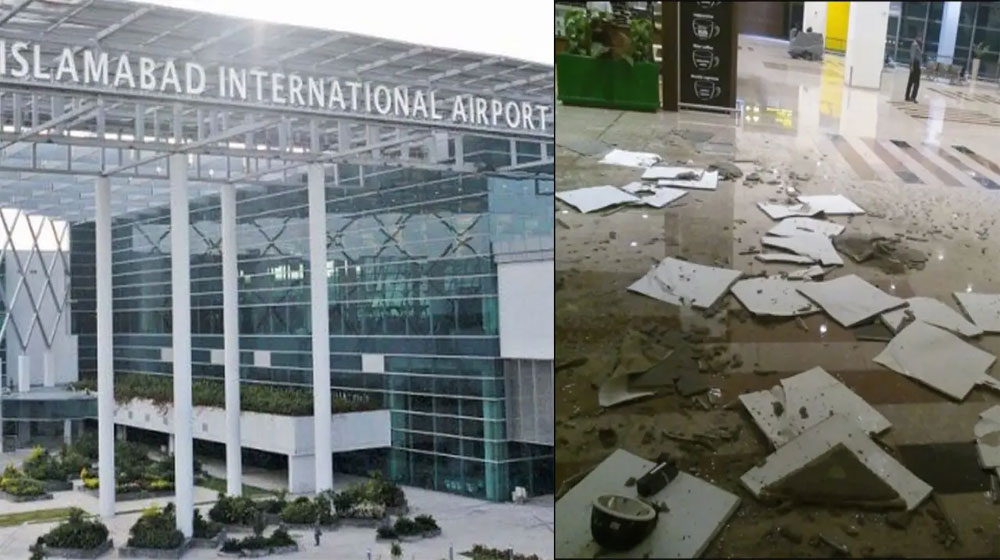 The ceiling of the newly-built Islamabad International Airport has collapsed again after heavy rains in the federal capital on Sunday.

The twin cities received a heavy downpour over the weekend that caused the ceiling above the briefing area, international departure, and the FIA counter to start leaking while damaging electronic equipment, including computers.

Lahore Metro to Add More Buses to Its Fleet

Meanwhile, the international departure lounge was flooded by water that had poured down through cracks in the ceiling.

#This is #Islamabad #Airport of #Pakistan :Airport Roof Leaked after Heavy Rain In Islamabad & Rawalpindi. pic.twitter.com/pDS9CHDbUY

The damage led to the temporary suspension of operations at the FIA counter and caused problems for departing passengers.

This is not the first incident of its kind at the New Islamabad International Airport that was built for Rs. 120 billion and hastily inaugurated in 2018, as various parts of its ceilings have leaked every monsoon season since then.

Last August, the airport’s ceiling crumbled due to heavy rains, and the ceiling of the domestic arrival lounge collapsed because of a heavy thunderstorm last December. A video posted on social media showed the ceiling panels at the airport crashing down with water cascading from cracks. Additionally, a section of the roof had reportedly been damaged by torrential rains.

State of Pakistan's Peshawar BRT after some rainfall. Recently the roof of new Islamabad airport also suffered a similar fate.
Both were constructed by Chinese companies.🤣🤣 pic.twitter.com/l7xTKpJYxf

A video posted on social media showed the ceiling panels at the airport crashing down with water cascading from cracks. Additionally, a section of the roof had reportedly been damaged by torrential rains.