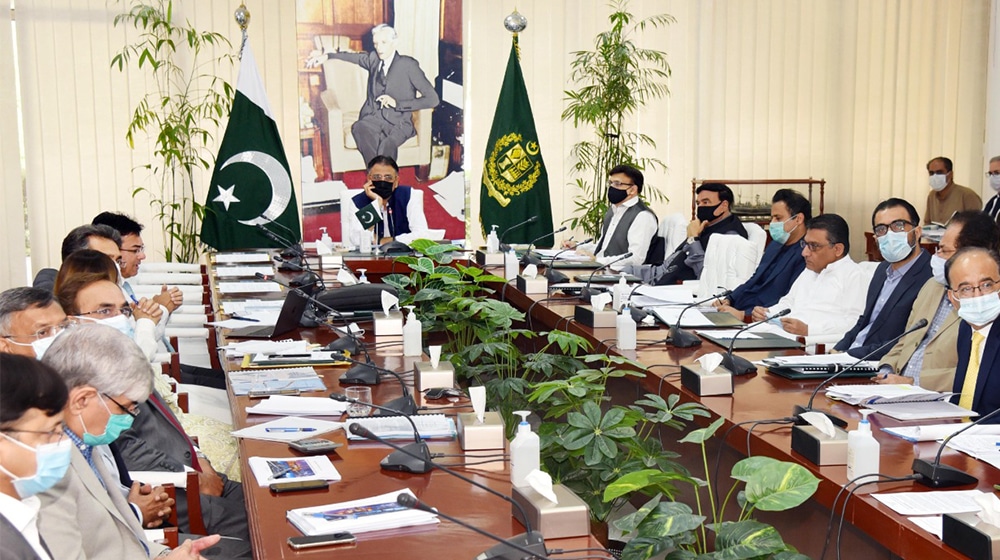 A meeting of the Cabinet Committee on Energy (CCoE) was held under the Chairmanship of the Federal Minister for Planning, Development, and Special Initiatives, Asad Umar.

The meeting was attended by Minister for Interior, Minister for Energy, Minister for Maritime Affairs, SAPM on Power, Petroleum & Revenue. Representatives of regulatory authorities and senior officials of Ministries/Divisions also participated in the meeting.

CCoE approved the proposal of the Power Division for eliminating the need for generation licenses for small-scale RE-based systems (up to 25 kW) for net metering. The measure will significantly facilitate consumers who wish to install small-scale solar systems for their homes and businesses and avail the facility of net metering.

Power Division briefed the Committee on issues hampering the progress of transmission line providing interconnection to 660MW LEPCL Power Plant. The Committee was informed that all the technical issues had been examined and resolved. The Committee noted that there were no restraining orders from any legal/regulatory forums regarding the execution of the project. The Committee, therefore, directed that the project activities be carried out without any delay.