Continuing with its declining dynamism, the Pakistani Rupee (PKR) lost 35 paisas against the US Dollar (USD) on Thursday to close at 169.03.

The currency depreciated by 16 paisas against the USD and closed at 168.68 on September 22. It is nearing the all-time low of 169.12 against USD that it crashed to on 15 September. 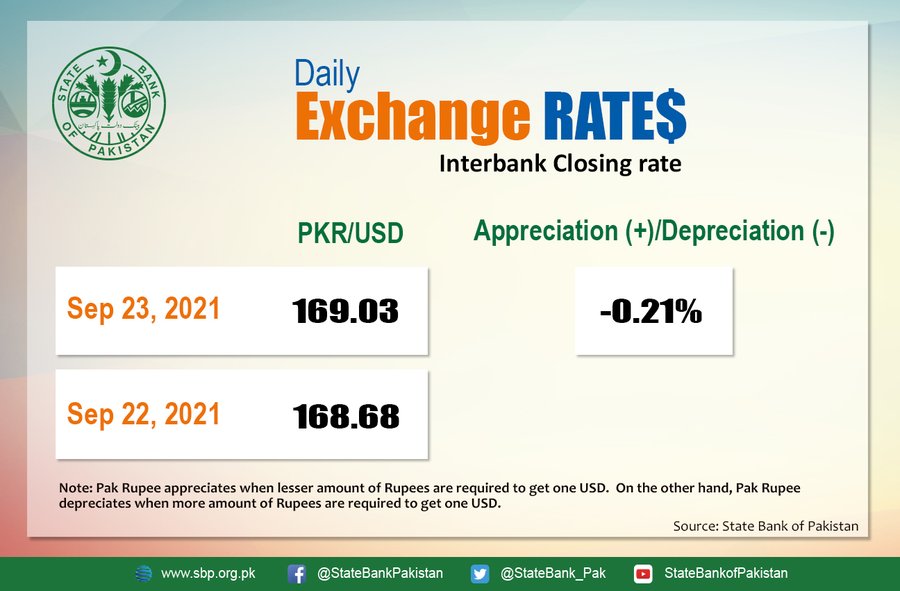 In a bid to better forecast imports and indirectly address the PKR depreciation, the State Bank of Pakistan has directed banks to share a five-day schedule of upcoming import payments.

The government raised Rs. 842.3 billion for three-month treasury bills at an auction held on September 22, in which the cut-off yields on treasury bills were increased by up to 49 basis points. 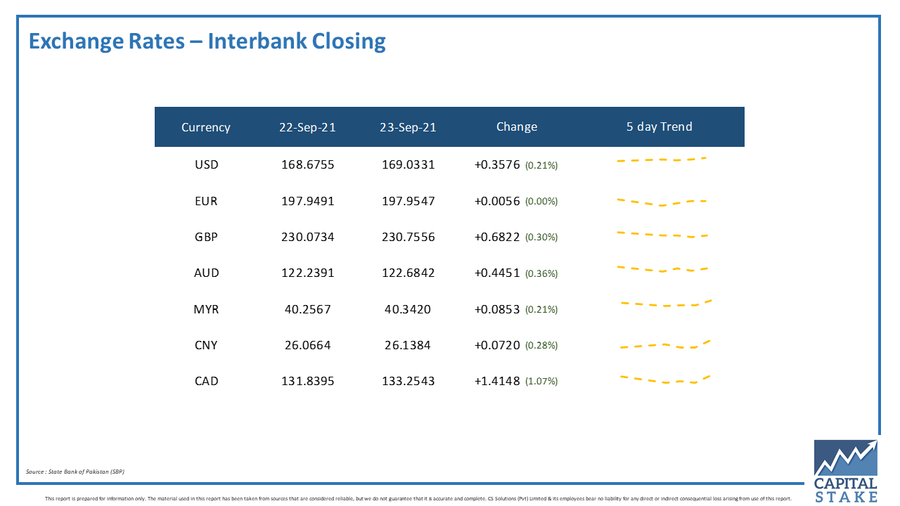