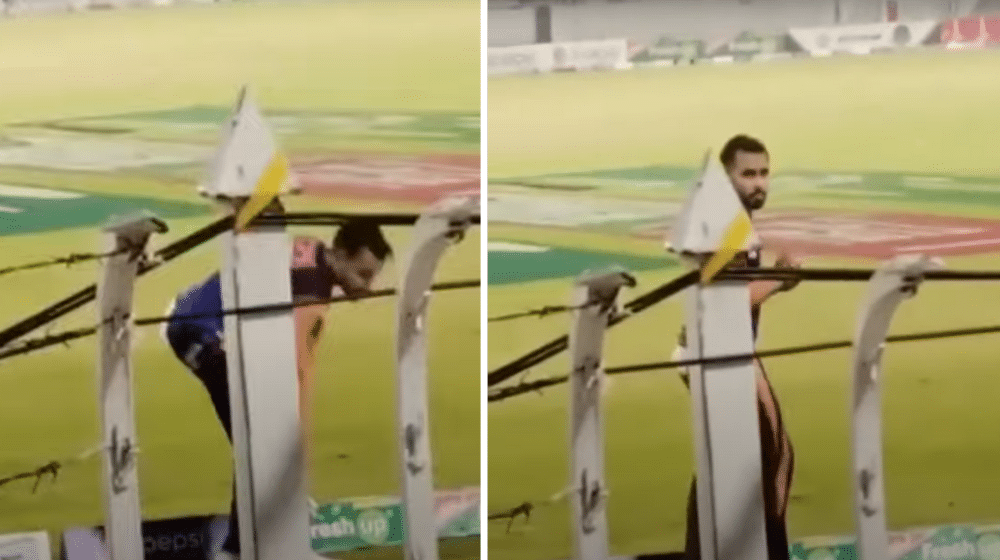 Pakistan’s all-rounder, Faheem Ashraf, won the hearts of Pakistani fans as he threw a water bottle to a thirsty fan in the stands. The incident took place during Central Punjab’s match against Southern Punjab in last night’s encounter in the National T20 Cup 2021 at Rawalpindi Cricket Stadium.

The video of the incident was uploaded on various social media platforms as the Netizens appreciated the heartwarming gesture.

Here is the video of the incident:

Faheem put on a brilliant display with the ball and was named as the player of the match on his return to the side. He took two wickets in the opening over, getting rid of dangerous openers, Zeeshan Ashraf and Sohaib Maqsood, before taking the wicket of Aamer Yamin in his second spell. Faheem finished with figures of 14/3 in 4 overs as Central Punjab won their fourth match of the campaign with a convincing win over Southern Punjab.

The all-rounder will be looking to continue his fine form after the disappointment of being left out of Pakistan’s T20 World Cup squad. He will be seen in action in the second phase of the tournament, scheduled to commence on 6 October at Gaddafi Stadium, Lahore.