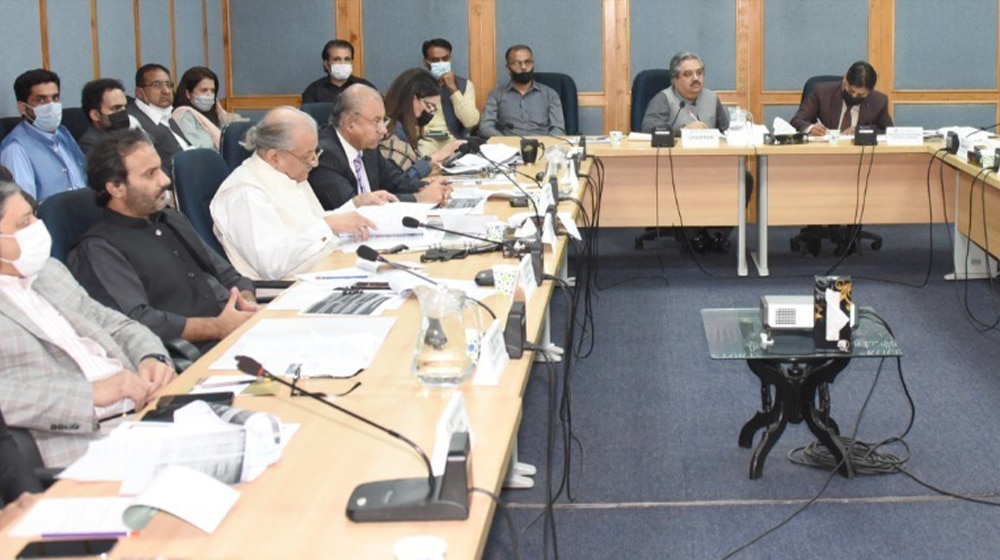 This was revealed in a detailed briefing of the CEO PIA to the Senate Committee on Aviation which met under the chairmanship of Senator Hidayat Ullah in Islamabad on Wednesday. The panel was apprised of a range of issues pertaining to and faced by PIA, including the termination of employees holding fake credentials and the tracking of bogus daily wagers, the PIA-owned property in New York, the EU ban on flights, and the harassment charges against a former top PIA official, etc.

The committee was informed that, amid a lack of strategic direction and poor service quality, the PIA had undergone heavy losses in 2018 with a total of Rs. 67.4 billion, out of which Rs. 32.1 billion were operational losses. It was told that the National Aviation Policy was revised in 2019 after consultation with the Aviation Division to reformulate the hemorrhaging policy with a balanced one.

The PIA informed the committee that audit and statistical analysis of the Airlines 10 years performance were conducted with a comprehensive business plan 2019-2023, aiming at an operation turnover toward profitability and balance sheet restructuring to address the legacy debt.

In the year 2020, PIA generated a revenue of Rs. 94,989 million beside operational losses of Rs. 680 million. It was informed that in the year 2020 there was a total loss of Rs. 35.35 billion including the burden of legacy debt, as the Covid-19 hit the market with nearly 60 percent of the operations coming to a halt.

The PIA officials underlined that the PIA was also simplifying its HR processes and was restructuring them by carrying out inductions through e-PIA employees portal. “The PIA is also enhancing tourism-related flights by 300 percent in line with Prime Minister Imran Khan’s vision to promote tourism in Pakistan,” they said, adding that PIA had introduced new routes to Gilgit from Lahore, Karachi, Faisalabad, Sialkot, and Multan and also launched Air Safari Flight in partnership with Shangrila Hotels for diplomats.

The PIA-owned property in New York was also discussed in the meeting. The PIA officials requested an in-camera meeting on the same as, they said, it was believed that the issue was already misinterpreted and misconceived through media. The committee was informed that the property was initially taken over by bankers temporarily as it was lagging in the financing of the emergent liabilities of Roosevelt Hotel Corporation including payment of local taxes and utilities. “Now all dues are paid and the case is under trial,” informed the PIA officials.

The ICAO announced the audit in July 2021 which was postponed due to Covid-19. The ICAO has announced the new schedule for the audit from 29 November 2021 till 10 December 2021, they informed. The resumption of flights to EU will take place after the Validation Audit, they asserted and said that it was a national agenda, so the committee should forward recommendations in this regard to the Government.

The committee also discussed the matter of PPRA rules, which caused delays in the procurement of aircraft. The committee was of the view that either PPRA rules may be amended or such a methodology is adopted in consultation with the PPRA in order to avoid any delays in its procurement. “PIA will never get a plane if they follow the PPRA rules,” said Senator Mandivawalla. “And it like this not only not for air crafts but also for engines and cargo,” he added.

The PIA officials also recommended that through this committee the socio-economic routes may also be revised and a definition of the socio-economic routes may also be given. The committee was also informed that flights from Peshawar to LHR have been restored, running twice a week from this month, and also the flights from Islamabad to Malaysia have been restored which were earlier discontinued due to non-payment of lease dues.

The matter of non-implementation of the recommendations of the committee on the harassment charges against the former Special Assistant to CEO, PIA, Kamran Anjum, at the workplace with subordinate lady officer was also taken up. Senator Sherry Rehman expressed serious reservations over the non-implementation of the recommendations of the Senate committee. “Nobody can rule over the Parliamentary recommendations,” said Sherry Rehman while showing resentment.

“No stay order can be issued on Standing committee orders,” she said, adding that, “he has been encouraged to do so by the PIA officials. He should have been ‘court-martialed’ instead of repatriating him to his parent department. I have six complaints against him and he is still sitting on his post privileged with all the facilities continuing to harass women,” she added.

The PIA officials explained that they were not defending the official, however he himself had gone to the courts in his defense and obtained a stay order. “We are ready to repatriate him back to his parent department if we get a decision from the Supreme Court in this regard,” they said.

Federal Minister for Aviation Mr. Ghulam Sarwar Khan vowed that the Senate Standing committee recommendations would be implemented and the official be repatriated.

The matters of fake licenses and revamping of the pilot licensing system, along with the details of actions taken against the persons involved in the issuance of fake licenses, were also taken up. The committee was informed the scrutiny of all available records of 262 pilots took place.

The Federal Cabinet canceled the license of 50 pilots barring 7 court cases. Licenses of 32 pilots were suspended for a period ranging from 6 to 12 months (barring 11 court cases), while 42 pilots violated FDTL which were dealt with in accordance with regulations.

The committee was apprised that based on data in corroboration with airlines, the remaining licenses were found to be valid. The committee was further informed that the CAA initiated disciplinary proceedings against 6 employees on charges of facilitating pilots to appear through proxies, the conduct of exams on unscheduled dates and times and on public holidays, and after office hours.

Two employees were under suspension and four were dismissed on the decision of the Federal Cabinet. The federal cabinet also decided to initiate disciplinary and criminal proceedings against those involved and directed to continue liaison with international stakeholders in order to dispel any apprehensions about Pakistan Licensing Regime.