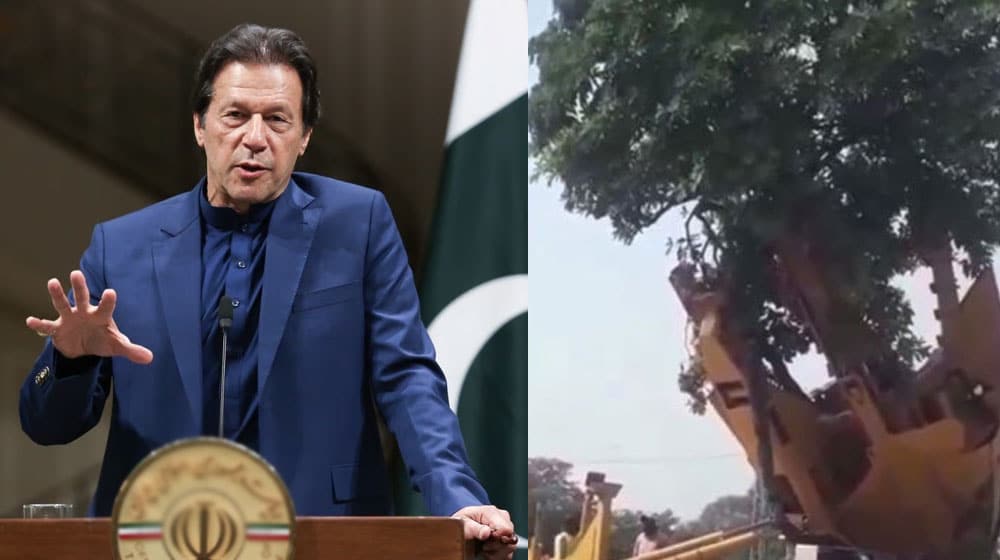 Prime Minister Imran Khan said on Thursday that his government is committed to the preservation of trees and that every tree is being saved.

The Prime Minister shared a video clip on social media platforms that showed a tree being removed from a site and planted at another location.

“Our government is dedicated to the preservation of our trees and every tree is being saved — including saving and replanting trees that need to be removed from a particular location.”

Our government is dedicated to preservation of our trees and every tree is being saved — including saving & replanting trees that need to be removed from a particular location. pic.twitter.com/tS0uAvkZfK

Highlighting the importance of tree plantation, the Prime Minister said that if a tree needs to be removed from somewhere, it should be safely replanted to another place.

In a separate development, PM Khan said on Wednesday that Pakistan had established its credibility as a ‘Green champion’ due to the flagship 10 Billion Tree Tsunami program.

Speaking during the cabinet meeting, the premier said the world is now following Pakistan’s efforts in tree plantation. He called on the rich countries to help developing countries in dealing with climate change impacts.