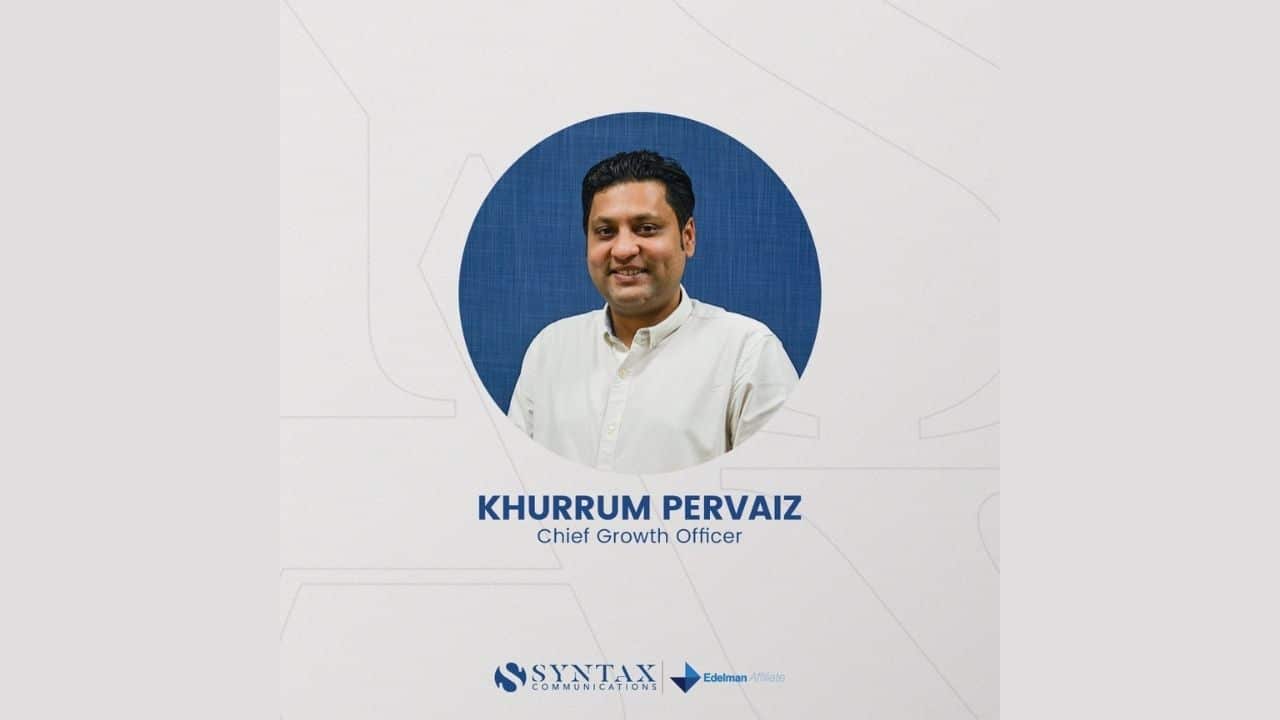 Syntax Communications, a part of the Synergy Group and the sole local affiliate of top global public relations agency Edelman, has named Khurrum Pervaiz as its first Chief Growth Officer.

In his new role, Khurrum will lead the transformational growth to accomplish strategic initiatives for the agency and will report to Synergy Group COO Faheem Ahmed.

He will also look to create value for clients by developing the strategic integration among specialist companies within the Synergy Group’s eco-system and driving cross-functional collaboration.

He joined Syntax Communications in 2006 and was named the resident director in 2016, building the agency’s business in Islamabad and Lahore from the ground up.

He helped architect and implement a new approach to reporting methodology, and was one of the first advocates of digital communications, resulting in the agency setting up the industry’s first content creation and production hub to create distinct value for clients on social networks.