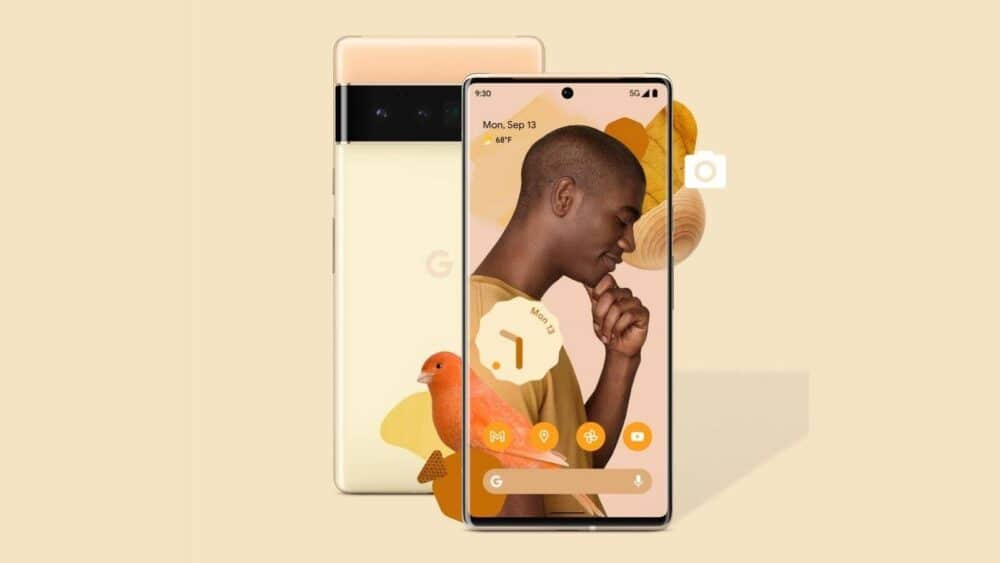 The Google Pixel 6 duo is finally official following months of speculation and leaks. The Pixel 6 lineup breaks away from the Pixel 5’s mid-range class with top-of-the-line hardware and a completely unique design.

Let’s check it out.

The two phones feature a dual-tone design with a different color on the top and bottom of the camera aisle. The rear cameras are housed in a massive protruding aisle that goes across the width of the phones giving them a unique look.

Pixel phones also used to have brightly colored buttons on the side, but they’re gone now in favor of regular ones. 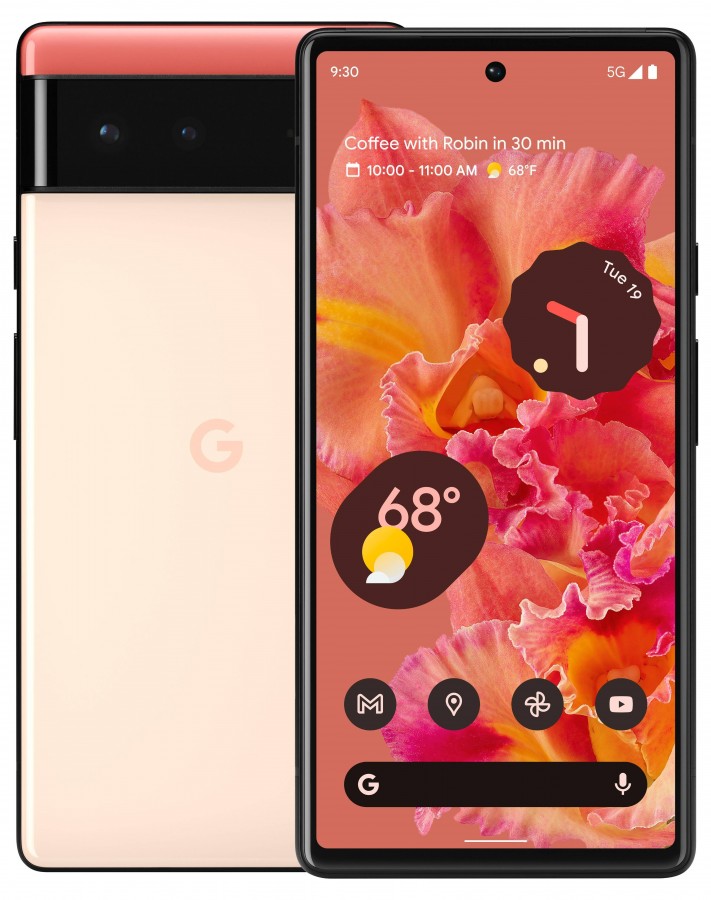 Starting off with the smaller Pixel 6, you get a 6.4-inch 1080p AMOLED panel with a 90Hz refresh rate, but no variable refresh rate support. It is protected by Gorilla Glass Victus, just like the Pro model, but has thicker bezels and a flat screen. 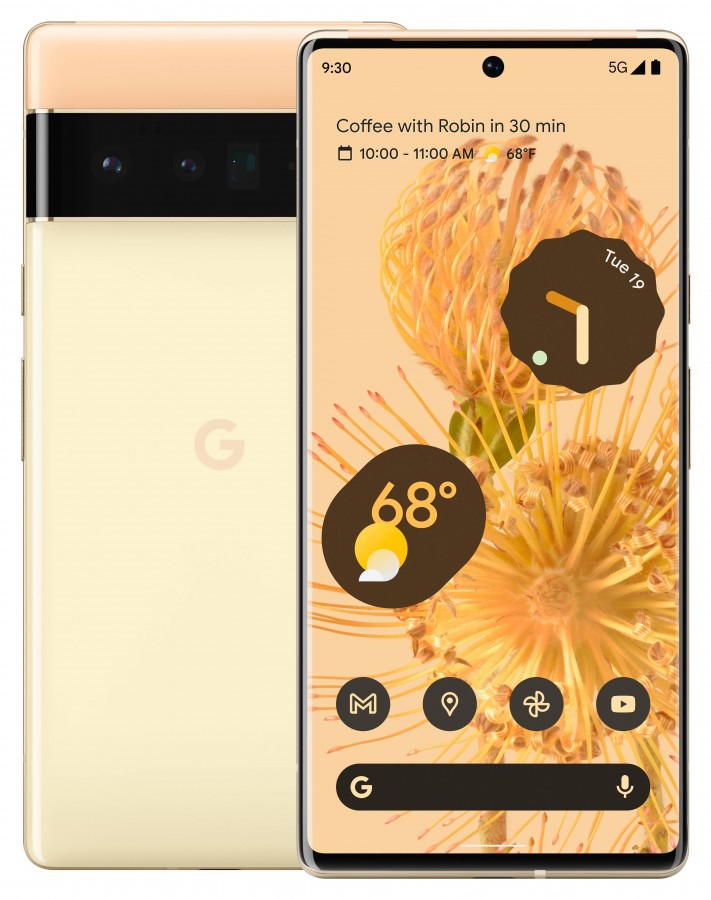 The Pixel 6 Pro has thinner bezels on top of a 6.7-inch 1440p display with a 120Hz refresh rate. This is an LTPO panel, so it can dial down the refresh rate to as low as 10Hz to save battery. This one has a curved display and Google calls it 3D glass.

Both phones have in-display fingerprint sensors. 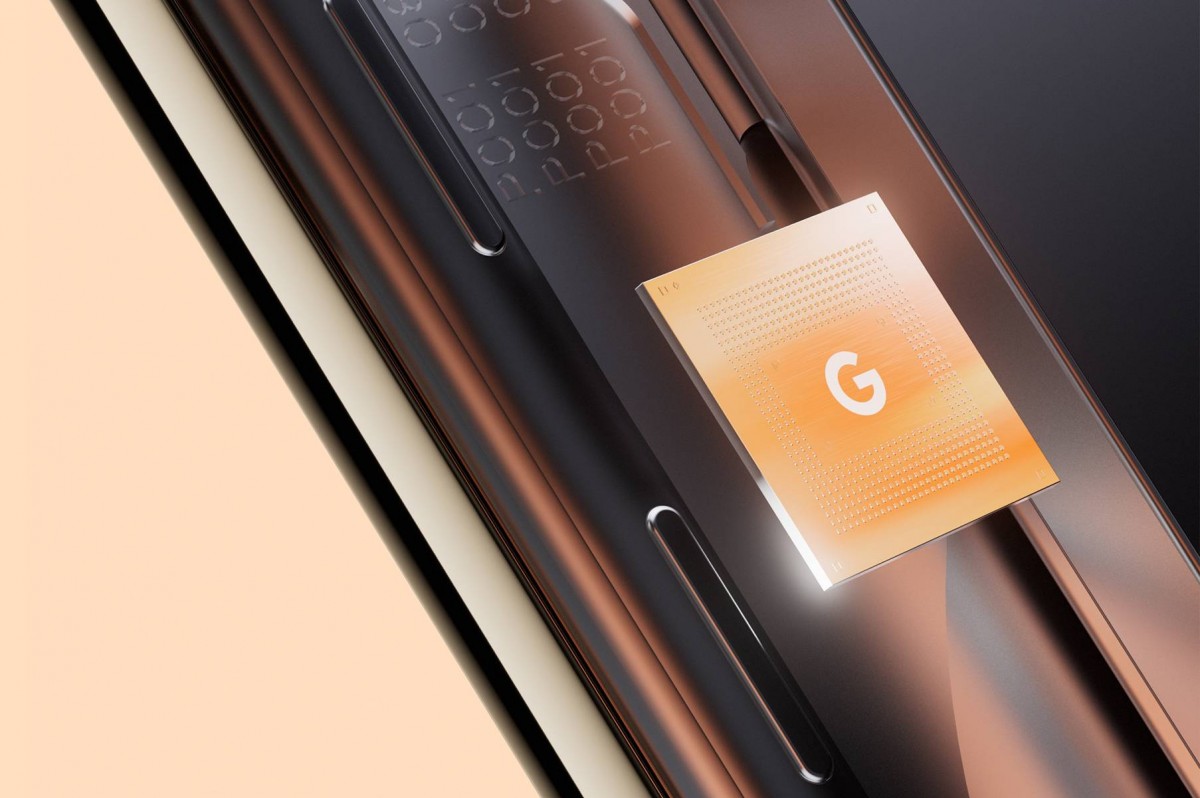 Both phones are powered by the same Tensor chip developed by Google itself. This is a 5nm SoC with two high-powered Cortex-X1 cores, the very first smartphone chip to do so. This is paired with two mid-range cores and four power-efficient ones.

This chip also has a custom image processor for taking better photos and a Titan M2 security chip to protect your data. There are several new AI features on board thanks to the chip’s enhanced AI and machine learning capabilities. This includes the Magic Eraser, Live Translate, and more.

You only get a single 8GB RAM option on the vanilla Pixel 6 with 128GB/256GB storage trims. The Pixel 6 Pro starts with 12GB RAM but adds a 512GB storage option to the list.

Google is offering 5 years of security updates and 4 years of OS updates for Android 12. 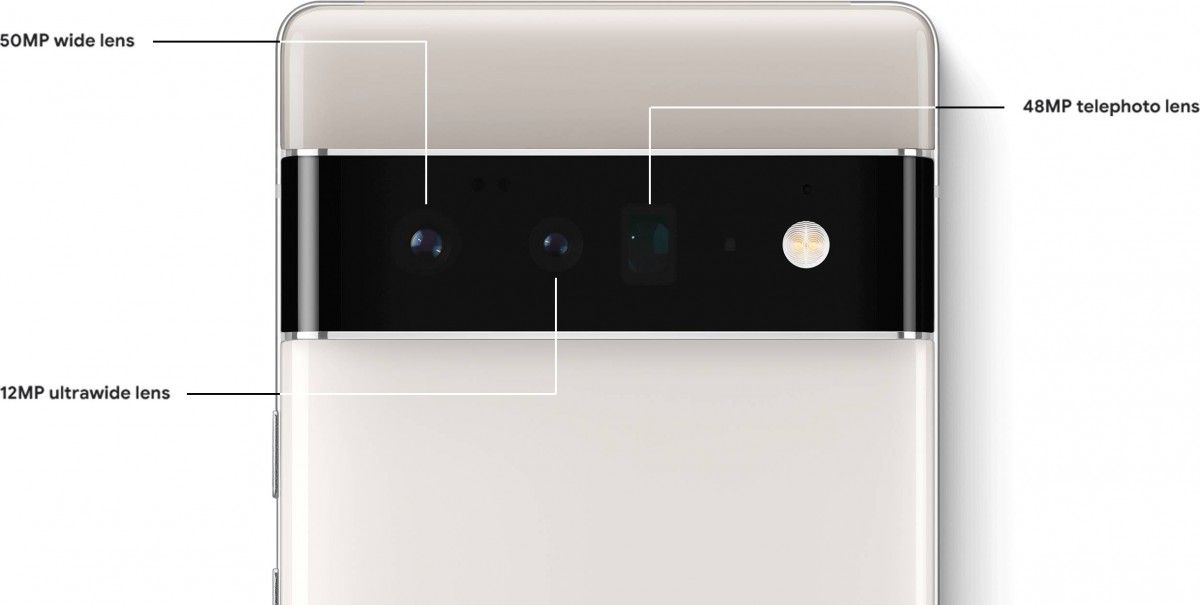 The Pixel 6 and 6 Pro share the 50MP Samsung GN1 primary sensor and the 12MP ultra-wide camera. The 50MP main camera is a significant improvement over the Pixel 5 since it’s a much bigger sensor capable of gathering 150% more light. This should result in much better low-light photos.

The 48MP telephoto camera is exclusive to the Pro model. It is a dedicated 4x zoom camera, but Google says that it can go up to 20X with the help of ‘Super Res Zoom’. Both phones can capture 4K 60FPS videos and 1080p slow-motion videos.

Being the bigger handset, the Pixel 6 Pro gets a larger 5,000 mAh battery while the standard Pixel 6 uses a 4,600 mAh cell. Both phones have support for 30W fast charging, but a charger is not included in the box.