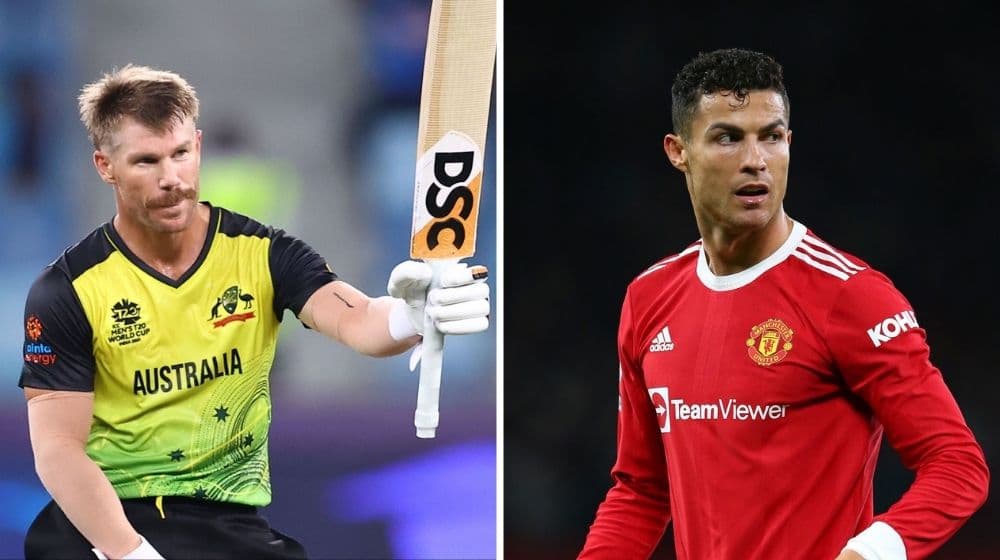 Australia’s opening batter, David Warner, rediscovered his form with a match-winning knock of 65 off 42 balls as Australia defeated Sri Lanka by 7 wickets in their second match of the Super 12s stage in the 2021 T20 World Cup.

Warner had been in a terrible run of form throughout the year, and his run in the Indian Premier League (IPL) had put his place in the Australian side at risk. Warner’s comeback to form is a good sign for Australia as they look to qualify for the semi-finals of the mega event.

Warner was in a good mood after guiding Australia to their second consecutive win. Warner took a page out of Cristiano Ronaldo’s books in the post-match press conference and removed the Coca-Cola bottles from the table. However, he eventually had to put them back as Coca-Cola is one of the main sponsors for the event. During the ordeal, he remarked, “If it is good enough for Cristiano, it is good enough for me.”

Here’s the video from the press conference:

.@davidwarner31 trying to be @Cristiano

A while back, the Portuguese superstar, Cristiano Ronaldo, removed two Coca-Cola bottles from his press conference during Euro 2021, encouraging people to stop drinking fizzy drinks and drink water instead. According to reports, Coca-Cola’s share price was hugely affected by Ronaldo’s actions.

Here is the video of Ronaldo’s stunt:

🥤👀 Cristiano Ronaldo wasn't pleased with the bottles of coke at his press conference and shouted 'drink water!'…#POR | #CR7 pic.twitter.com/QwKeyKx2II

A few footballers and various sports stars followed suit and copied Cristiano Ronaldo by removing Coca-Cola bottles from their press conferences. French football player, Paul Pogba, and Italian player, Manual Locatelli, were the other two players who had removed the bottles during the same tournament.