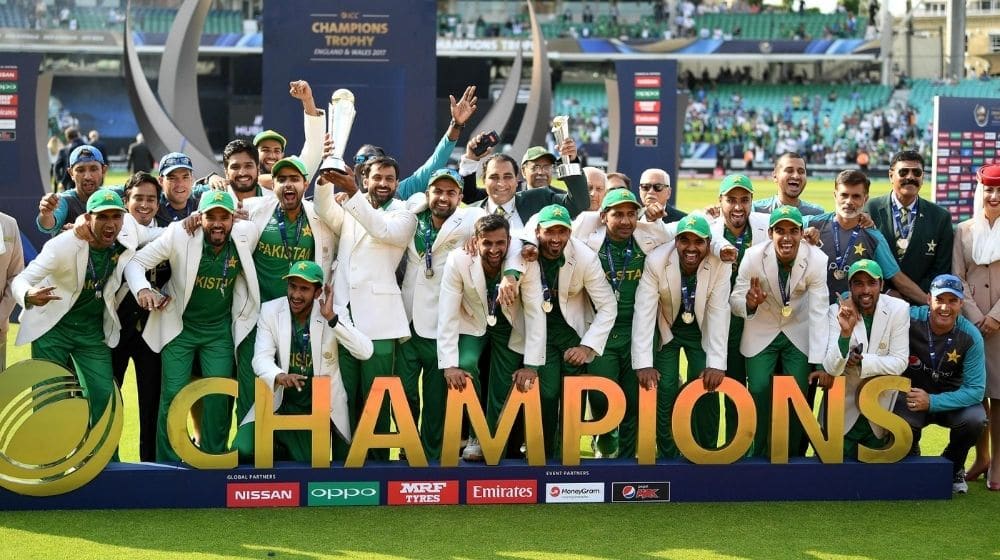 Pakistan have been awarded the hosting rights for the 2025 ICC Champions Trophy. This will be the first ICC event that will be hosted by Pakistan since the 1996 ICC Cricket World Cup, which they hosted alongside India and Sri Lanka.

Pakistan are currently the defending champions of the ICC Champions Trophy having won the previous edition in 2017 in England as they defeated India by 180 runs.

The tournament will be held entirely in Pakistan with top 8 international teams taking part in the competition. The tournament is expected to be played in February 2025.

This is a major step for Pakistan cricket as they have been deprived of international cricket in the country since the 2009 terror attacks on the Sri Lankan cricket team. Things are looking bright for cricket in Pakistan as they will be hosting the likes of England, Australia, and New Zealand next year.

Pakistan Cricket Board (PCB) has made valiant efforts to resume cricket in the country over the past few years. Pakistan’s Premier T20 tournament, Pakistan Super League (PSL) is now held entirely in the country (barring a few exceptions due to Covid-19), South Africa recenlty toured Pakistan to play a test and ODI series, World XI toured the country a few years ago and the likes of Zimbabwe, West Indies, Sri Lanka and Bangladesh have also toured Pakistan multiple times over the past few years.