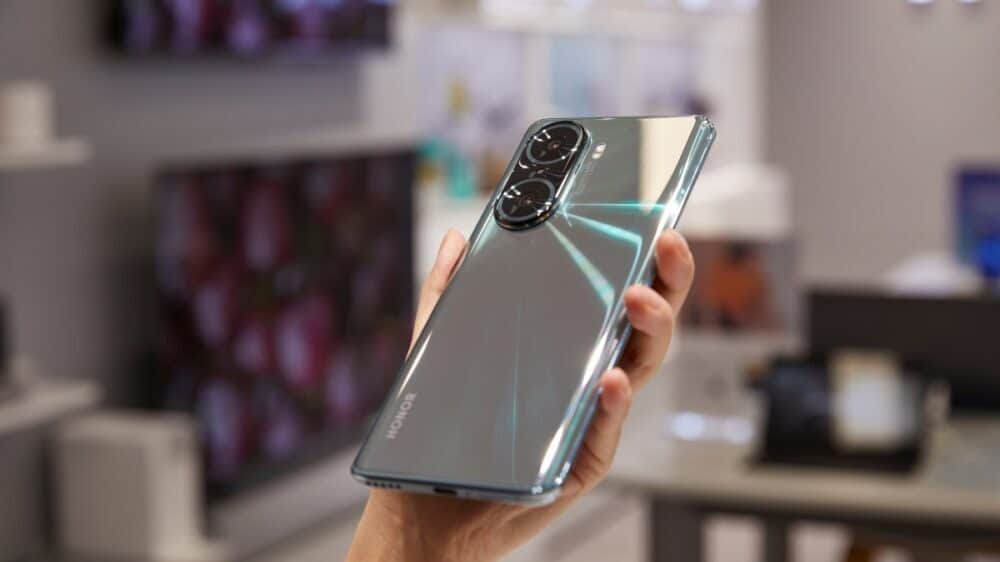 The Honor 60 series is launching in two days and the teaser campaign is at its peak. Almost everything has been revealed through teasers and leaks and now the latest one reveals a unique camera feature.

The new teaser video shows that the Honor 60 will have support for camera gestures. This will let you control the phone’s camera through hand gestures. Check it out in the video below.

This feature will be powered by the AI Super Sensing camera lens on the front. You will be able to take a picture by high fiving the air or making a fist in front of the selfie camera. You can also flip your palm to switch between front and rear cameras.

There will be support for a variety of other gestures as well such as waving or doing an “ok” hand sign, but the video doesn’t clearly describe what each one will do. But it won’t take long before we see the features for ourselves.

The video also reveals the phone’s design from the front and back. The display is curved at all four edges with extremely narrow bezels and a centered punch-hole selfie camera. It has the same dual ring design from the Honor 50 series, which we’ve already seen in official posters before. In terms of specifications, the leaks have revealed that it will have an AMOLED display with 1080p resolution and a 120Hz refresh rate. It may be powered by the Snapdragon 778G SoC, one of the fastest chips in the Snapdragon 700 series. The selfie camera is rumored to be a 50MP shooter while the main camera will be a 108MP sensor.

There is no word on battery capacity, but there will be support for 66W fast charging.