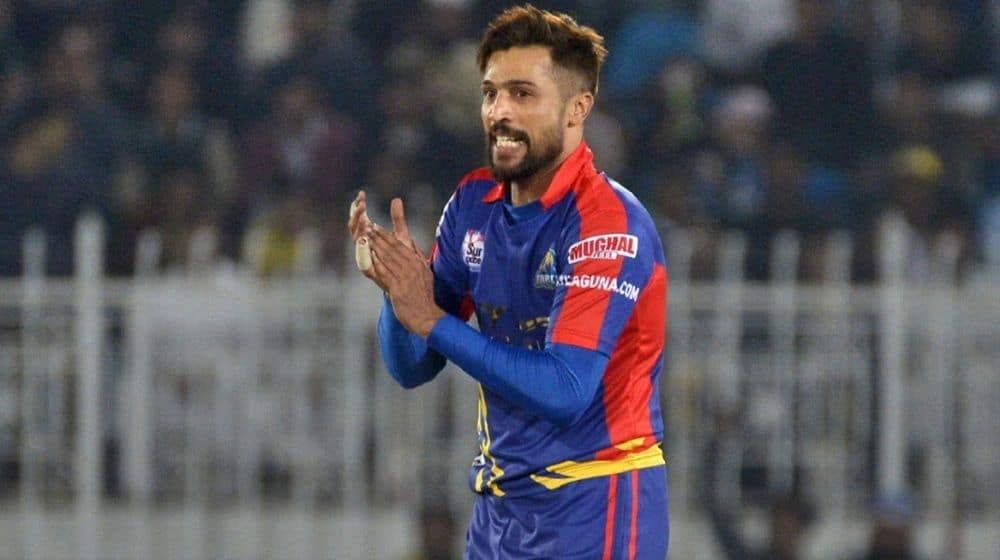 Former Pakistan left-arm pacer, Mohammad Amir, has confirmed that he will be staying with Karachi Kings for the upcoming seventh edition of the Pakistan Super League (PSL). Amir is expected to be retained in the diamond category after he agreed to a demotion from the platinum category according to the category renewals announced by the Pakistan Cricket Board (PCB).

Earlier, it was reported that Amir was unhappy with the decision and requested the management of Karachi Kings to either release him for the PSL 2022 draft or retain him in the platinum category. Karachi Kings informed Amir that the decision of category renewals was out of their hands and the decision was taken solely by the PCB.

The 29-year old has now revealed that he is staying with Karachi Kings for PSL 7. Amir took to Twitter to reveal that he is not going anywhere and will be donning the blue jersey in the upcoming season.

Amir has been a part of the franchise since the inception of the league. He is the leading wicket-taker in the franchise’s history, having picked up 54 wickets at an average of 29.59 and an economy rate of 7.38 in 59 matches.