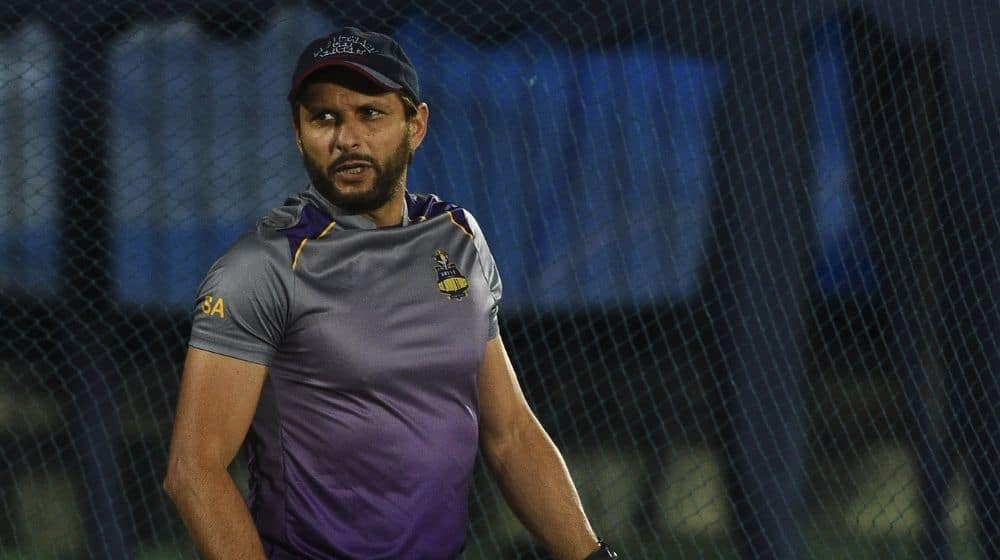 After a lot of speculation in the media, legendary all-rounder, Shahid Afridi, finally joined Quetta Gladiators for the seventh edition of the Pakistan Super League (PSL). In a video message uploaded on Quetta Gladiators’ account on various social media platforms, Afridi expressed his delight at joining the franchise and revealed some crucial details about his future.

Afridi said that it is his pleasure to play for Quetta Gladiators in PSL 7 and revealed that this will be his last season in PSL before announcing his retirement from all forms of cricket. Afridi added that PSL is not just any tournament but it is a brand of Pakistan and it has provided the cricket team with exceptional talent over the years. It has been a matter of pride for him to play in several franchises in the league.

The 44-year old has been a part of three franchises before joining Quetta Gladiators. He played for Peshawar Zalmi in the first two seasons before moving to Karachi Kings for PSL 3. He then moved to Multan Sultans where he played for three seasons.

Quetta Gladiators have already made their intentions clear for the upcoming tournament as they traded Afridi and James Vince from Multan Sultans and also traded Iftikhar Ahmed for Azam Khan from Islamabad United.