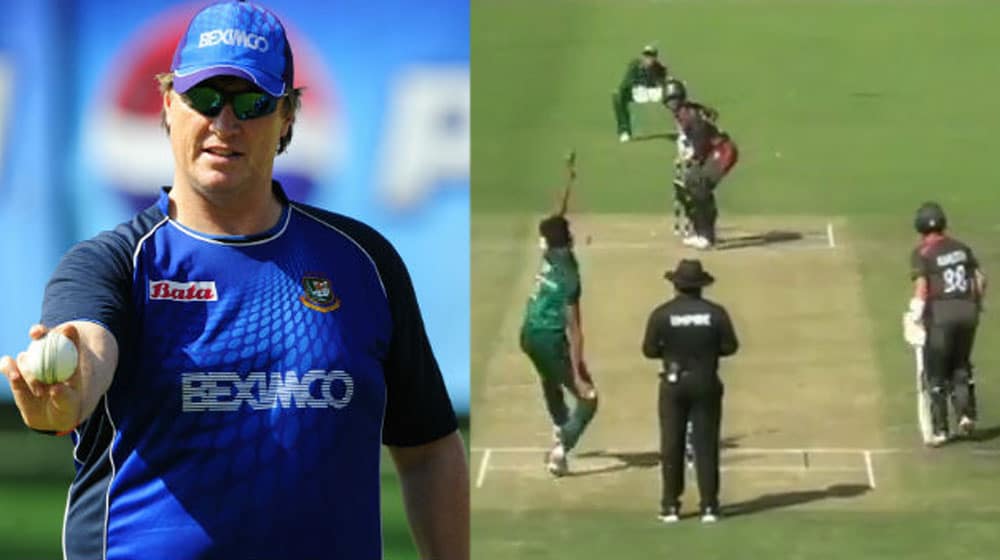 While its current pace battery, in the shape of Shaheen Afridi, Mohammad Abbas, Hasan Ali, and Haris Rauf, has already proved its mettle at the highest level, the upcoming talent such as Mohammad Hasnain, Naseem Shah, Shahnawaz Dahani, and Wasim Jr., also looks very promising.

The talent of fast bowling is so plentiful that even the raw talent at the grassroots level gets easily noticed by the international coaches.

In one such incident, young fast bowler, Mohammad Zeeshan, got overnight fame after a sports journalist tweeted a video of his fiery bowling.

The 6 feet 8 inches tall pacer hails from a village near Faisalabad and is currently part of the Pakistan Under-19 squad that will play in the upcoming Under-19 World Cup.

Reacting to the video, the renowned former England fast bowler, Ian Pont, praised his skills and said he would love to work with him.

Would love to work with this guy! #pace #bounce #Pakistan https://t.co/mibGScWoRL

“Oh My God! Would love to work with this guy!” Pont said while quote-tweeting the video.

The latest addition to Pakistan's pace-bowling factory. 6 foot 8" Mohammad Zeeshan who is from a village near Faisalabad and is currently in the Pakistan Under 19 squad that will play in the upcoming Under 19 World Cup #Cricket pic.twitter.com/AtgjMIfrhM