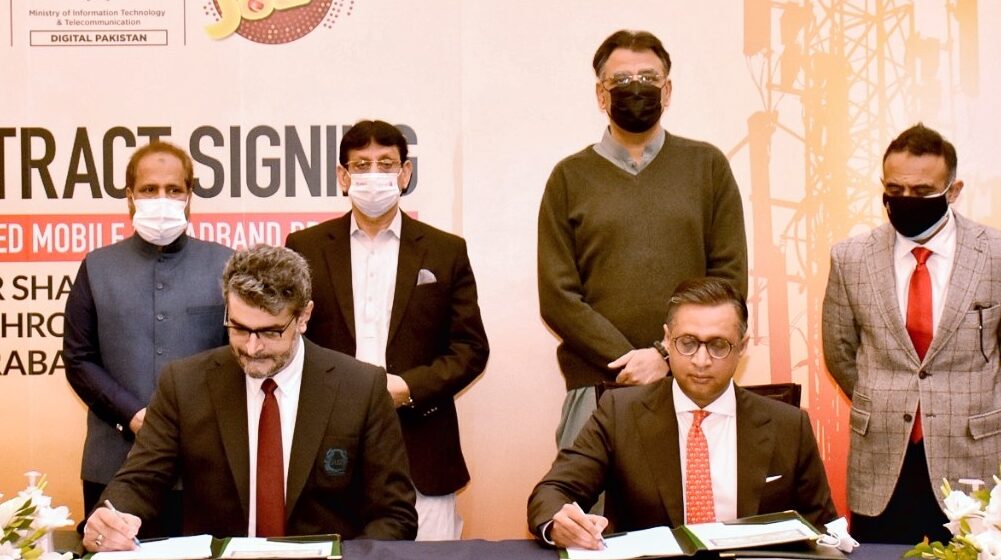 The Ministry of Information Technology and Telecommunication (MoITT) has launched two more projects of high-speed mobile broadband services for un-served and under-served areas of four districts of Sindh. The projects would be completed in 12 months and have been assigned to Jazz at a total cost of Rs. 698 million.

Addressing the ceremony, Syed Amin-Ul-Haq said the first project would provide high-speed mobile broadband services at a cost of Rs. 246 million in 359 un-served and under-served mauzas of Kambar Shahdadkot and Larkana. The second project, worth Rs. 451 million, would provide high-speed mobile broadband services in 438 mauzas of Naushahro Feroze and Shaheed Benazirabad districts.

The minister said that under his ministry, nine projects in Sindh at a cost of Rs. 8.48 billion are already in the process of completion. Under these projects, 3,227 mauzas in 19 districts of the province are being connected to the digital network.

In his address, Federal Minister for Planning and Development Asad Umar lauded the performance of the Ministry of IT and said there is no doubt that the role of the ministry is becoming more and more prominent in this age of technology.

Earlier in his welcome address, USF Chief Executive Officer said that all projects will be completed within the stipulated time frame with high standard and quality.

In his speech, Jazz Chief Commercial Officer Asif Aziz said “Providing reliable mobile broadband to all our fellow citizens remains a key priority at Jazz. Through this collaboration with USF, 719 un-served mauzas of rural Sindh will be able to access high-speed mobile broadband which will unlock unlimited socio-economic opportunities for the residents.”

He warned that the country is in a state of digital emergency and the proposed move to increase withholding tax (WHT) on telecom users and a 17 percent sales tax on smartphones and laptops will further push the country behind its global peers.