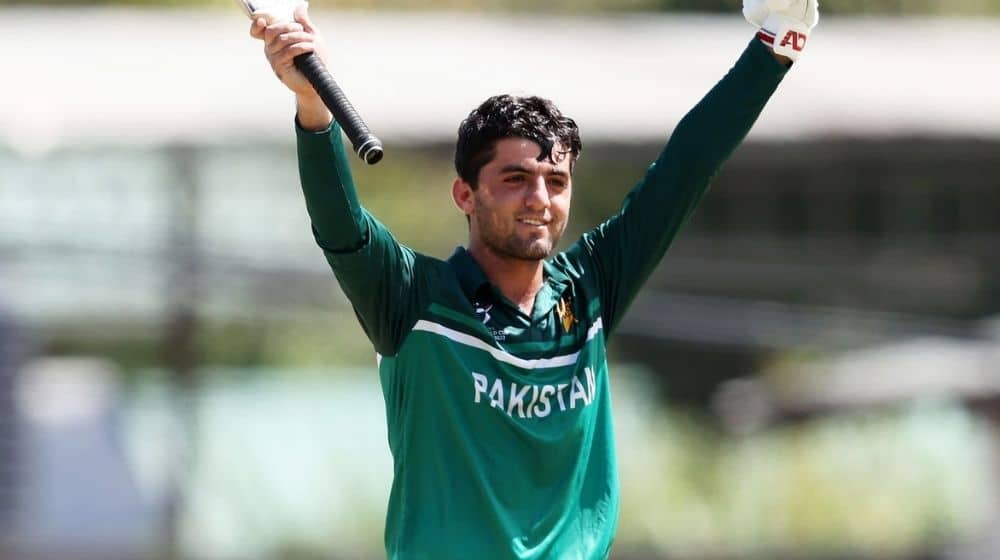 Balochistan-born Haseebullah Khan scored 135 runs off 155 balls, including 10 fours and 4 sixes as he helped Pakistan post a huge total of 315/9 on the board. The Pakistani bowlers did the rest as they dismantled Zimbabwe’s batting unit and bundled them out for 200.

Former international cricketer turned commentator, Bazid Khan was the first Pakistani player to score a century in the Under-19 World Cups. Bazid scored 106 against Denmark in the 1998 edition of the tournament. Pakistan’s all-format captain, Babar Azam showcased his class with the bat as he scored his first century in the competition in 2010 and then followed it up with yet another brilliant century in the 2012 edition.

Pakistan’s ODI opener, Imam-ul-Haq scored a century against Scotland in the 2014 edition and Umair Masood and Hasan Mohsin scored centuries in the 2016 edition against West Indies and Nepal respectively.

Pakistan is currently sitting at the top of Group C in the 2022 Under-19 World Cup and will be determined to beat Afghanistan in their next encounter on 20 January.