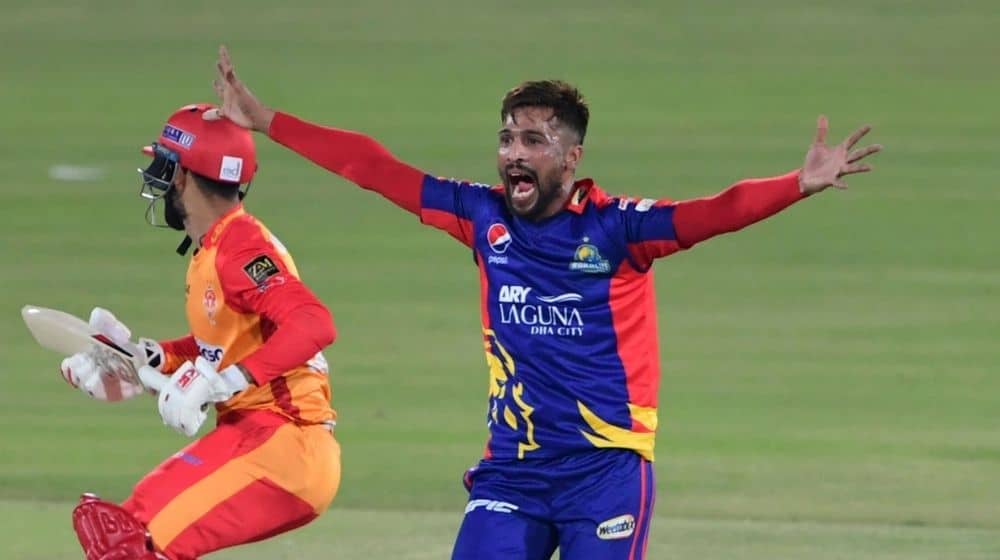 Former Pakistan pacer, Mohammad Amir refused to rule out his comeback to international cricket and said that his main aim right now is to perform in the upcoming seventh edition of the Pakistan Super League (PSL). Amir talked about the upcoming season in an interview with media personnel during Karachi Kings’ training session in Karachi.

Amir said that he has not planned about his long-term future but he has set short-term goals for himself. He stated that his first goal is to help Karachi win its second PSL title. He added that as a Muslim he always believes that Allah decides the future of a person and his aim is to give his best in every opportunity he gets. He added that he is in no position to discuss his future in international cricket and his selection in the Pakistan national team.

The 29-year old said that he is fully prepared for the challenges ahead and is upbeat ahead of the new season. He said that he will respond to his critics by performing on the pitch and prove his worth by helping Karachi to a successful tournament.

“I love challenges this is my code name. I always enjoy this, when I’m being criticized. Instead of going into the shell, I always try to work hard to prove myself,” Amir stated.

PSL 2022 is set to commence from 27 January and Amir will be seen in action in the opening match between Karachi Kings and Multan Sultans at National Stadium Karachi.