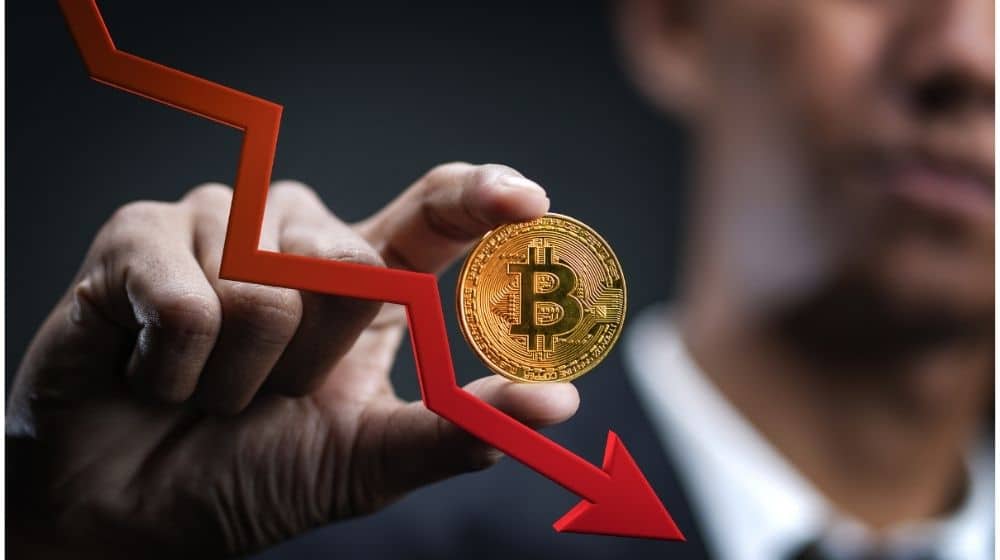 For Bitcoin, the only constant has been its recent decline. With the US Federal Reserve’s plans to withdraw stimulus from the market, riskier assets have suffered all across the globe.

The decline in Bitcoin since its peak has wiped out more than $600 billion in market value and over $1 trillion has been lost from the overall crypto market.

According to Bespoke Investment Group, although there have been several much larger drops for both Bitcoin and the aggregate market, the current events mark the second-largest ever decline in terms of the dollar for both. 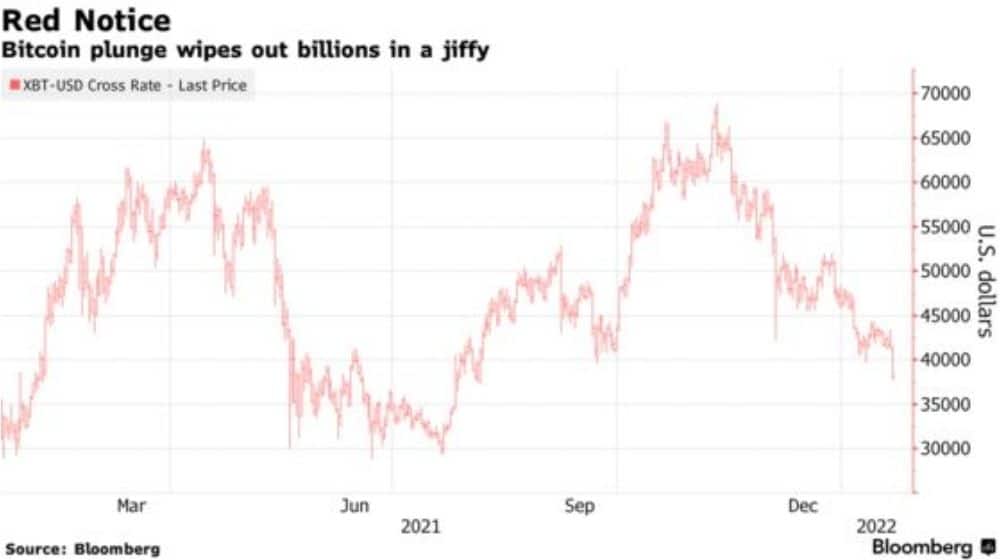 It gives an idea of the scale of value destruction that percentage declines can mask … Crypto is, of course, vulnerable to these sorts of selloffs given its naturally higher volatility historically, but given how large market caps have gotten, the volatility is worth thinking about both in raw dollar terms as well as in percentage terms.

The intentions of the Federal Reserve have shaken both the cryptocurrency and stock markets, with cryptocurrencies becoming twisted and turning in nearly the same way as equities.

Crypto is reacting to the same kind of dynamics that are weighing on risk-assets globally. Unfortunately, for some of the mature projects like BTC, there is so much cross-correlation within the crypto asset class it’s almost a certainty that it falls, at least temporarily in a broader alt-coin valuation contraction.

Data from Bloomberg indicated that crypto-centric stocks also dropped on Friday, as Coinbase Global Inc. lost nearly 16% and fell to its lowest level since it first began in the spring of 2021. MicroStrategy Inc. also fell by 18%. The enterprise software company’s Bitcoin resources have made its shares a proxy for the digital asset.

The Biden administration, on the other hand, is gearing up to unveil an initial government-wide strategy for digital assets early next month. The administration plans on tasking federal agencies with assessing risks and opportunities they possess, according to people familiar with the matter.