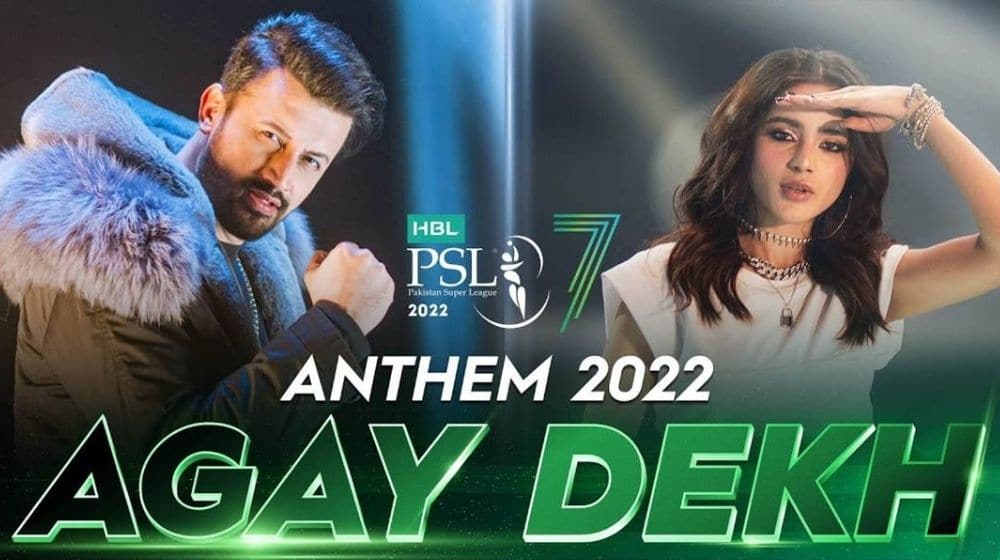 The festivities for the seventh edition of the Pakistan Super League (PSL) have peaked with the release of the highly-anticipated PSL 7 anthem. The anthem had faced multiple delays before being finally released yesterday, much to the relief of the fans.

The PSL 2022 anthem, titled ‘Agay Dekh’ has already garnered over 1.8 million views and over 199k likes on YouTube in less than 24 hours after being released. The anthem, sung by superstar Atif Aslam and Aima Baig, drew a polarized reaction from the cricketing fraternity as some fans enjoyed the song while others found it underwhelming.

Let’s have a look at some of the best Twitter reactions:

Several fans appreciated the efforts of the artists in producing the PSL 7 anthem.

One user shared some words of wisdom.

Ye to her saal ki story ban chuki hai ke naye song per criticism daina ik khel jamay ga is unbeatable but jisko wo sunana hai jakay YouTube per bar bar sunley what's the point of criticizing every psl anthem? This anthem is great in it's own way✨#AgayDekh #AtifAslam pic.twitter.com/j04I50GFwK

Renowned musician, Rohail Hyatt chimed in with words of appreciation as well.

@itsaadee, @AimaBaigOff and @abdullah_s_sid are on fire in the PSL 7 anthem. The song has a lovely feel-good vibe to it. Great going and congratulations to the whole AV team! 👍🏼

Meanwhile, many fans were disappointed with the song.

Every year's anthem makes you realise that how good previous one was and you trolled it for no reason. #HBLPSL7 #LevelHai #AgayDekh

Memes are inevitable. Let’s check out some hilarious memes on the PSL anthem:

To those who are still hating on PSL ANTHEM 👏#AgayDekh pic.twitter.com/clkp06q3b6