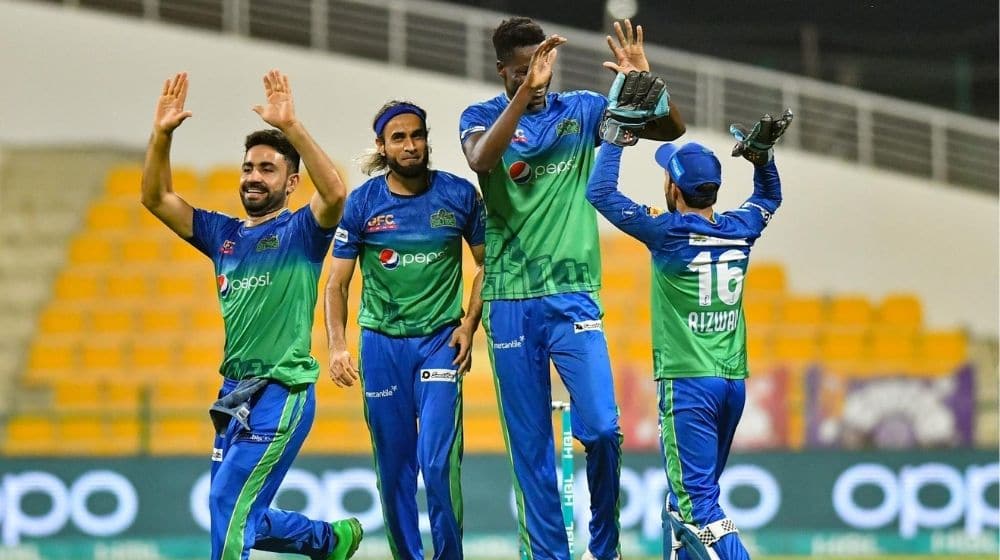 Defending champions, Multan Sultans revealed their new training kits as they conducted their first training session ahead of the seventh edition of the Pakistan Super League (PSL). The official account of Multan Sultans uploaded an image of the new training jersey on various social media platforms.

The base of the jersey is green with a unique pattern in black color all around. An image of a ‘Sultan’ riding on a horse runs across the bottom left of the jersey, which reflects the logo of Multan Sultans.

Have a look at the training kit:

According to details, Multan will not be changing their official kit for the upcoming season. This will be the third season in a row that Multan will be using the same kit design.

Multan will be seen in action on the opening night of PSL 2022. They will face Karachi Kings in the first match of the tournament which will be played on 27 January at National Stadium Karachi. Multan will be determined to get their campaign off to a flying start and begin their journey to lift their second PSL title.