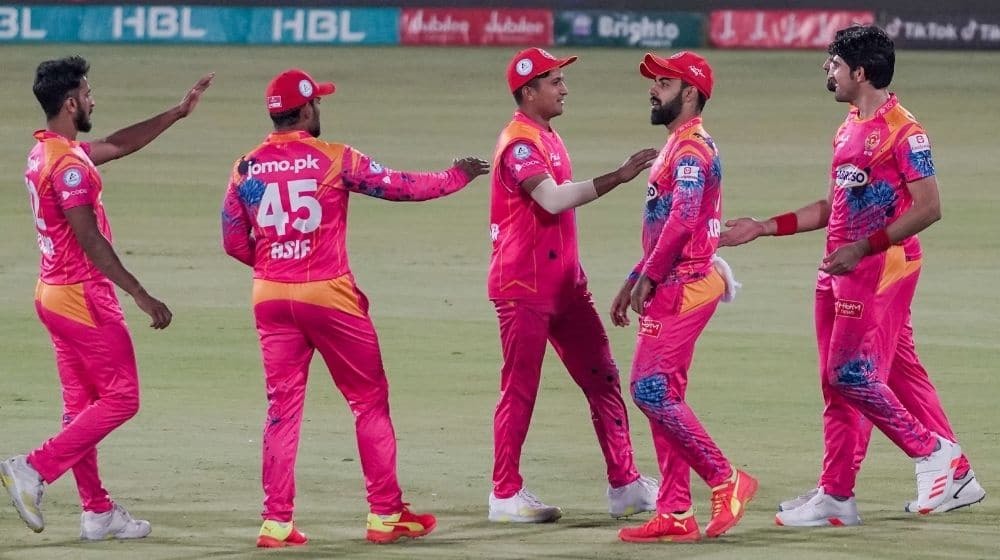 Islamabad’s batters blew away the opposition bowling unit as they smashed them all over the park. Alex Hales and Paul Stirling provided them with a formidable start before Colin Munro and Azam Khan took over the reins and struck sixes for fun. Both Azam and Munro smashed quick-fire half-centuries as Islamabad posted the fourth highest total in PSL history, with 229/4.

Quetta got off to a flyer as well but could not sustain as Islamabad tightened the screws. Quetta lost wickets at regular intervals and despite some respite from Nawaz and Faulkner they were unable to match the power-hitting of United. They were ultimately bowled out for 186 as Islamabad won the match by 43 runs.

Colin Munro was named as player of the match for his exceptional knock of 72 off 39 balls which included 3 fours and 5 sixes.

Quetta Gladiators will face Islamabad United in the tenth match of the PSL 2022 on Thursday, 3 February. The match, scheduled at Karachi’s National Stadium, will start at 7:30 pm PST.

Quetta Gladiators and Islamabad United will face off in an all-important clash as both teams look to climb up the PSL 2022 points table. Currently, Islamabad and Quetta are in the third and fourth spots respectively. Quetta has won one and lost twice in their opening three encounters in PSL 7 while Islamabad, on the other hand, has won one and lost one in two matches they have played yet.

Gladiators have had an unfortunate start to the tournament as they lost two nail-biting encounters while they registered a comprehensive victory against Karachi. They will be determined to overcome a disappointing loss to Multan in their last encounter and get back to winning ways. Quetta will be offered a much-needed boost with the arrival of Shahid Afridi, and James Vince as the players are available for selection ahead of the blockbuster clash.

James Vince will be available for selection tonight because he had COVID-19 last month and the three-day isolation rule doesn’t apply to him. Jason Roy will only be available after completing his three-day quarantine.

Islamabad almost pulled off a miracle run-chase in their last match as captain Shadab Khan played one of the most memorable knocks in PSL history. Their agonizing loss at the hands of Multan Sultans in their previous outing has raised some question marks within the team’s think-tank. United were particularly poor in the bowling department as they were taken to the cleaners by Multan batters. They will be determined to put in much better performance and climb up the points table.

Overall, the two sides have come face to face 13 times in the tournament. Gladiators have an upper hand as they have won 7 while United have won 6. They last faced each other on 11 June 2021 in Abu Dhabi which Islamabad won by 10 wickets.

The introduction of James Vince will certainly bolster Quetta’s batting unit. English batter is one of the most sought-after players in franchise leagues around the world and he will provide Quetta with stability and a lot of fireworks at the top of their order. Vince also has an exceptional record against Islamabad. He has scored 151 runs at an average of 30.20 and a strike rate of 143.80 in the 6 innings he has played for United.

Paul Stirling has been in fine touch in the two PSL matches he has played so far this year. He has the ability to take the game away from the opposition within the first few overs of the innings and Islamabad will be looking to him to get them off to a good start once again. If Stirling performs at his usual best then Islamabad has a good chance of scoring heavily once again.