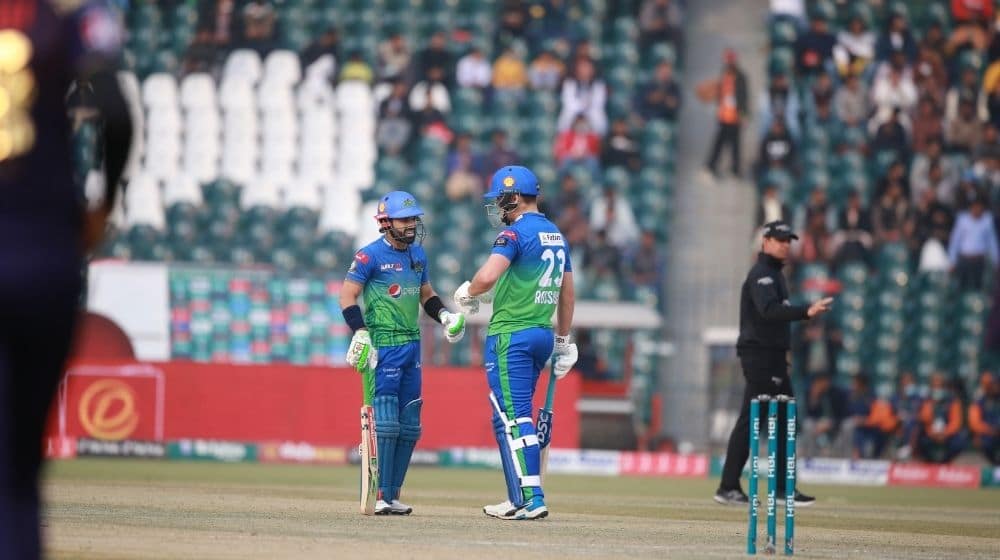 Quetta Gladiators are on the brink of elimination after suffering their sixth loss in the competition. Meanwhile, Multan Sultans extended their lead at the top of the table with their 8th win in 9 matches.

Multan went off to a flyer as Mohammad Rizwan and Shan Masood put on yet another century opening stand. Rilee Rossouw joined the party and scored a blistering half-century as Sultans scored 245/3, the highest total in the ongoing season and the second-highest in PSL history.

Quetta had no answer to Multan’s incredible performance as they lost wickets at regular intervals. Despite a defiant half-century by Umar Akmal, Quetta were unable to come close to the target as they were bundled out for 128 with more than four overs in the innings to go.