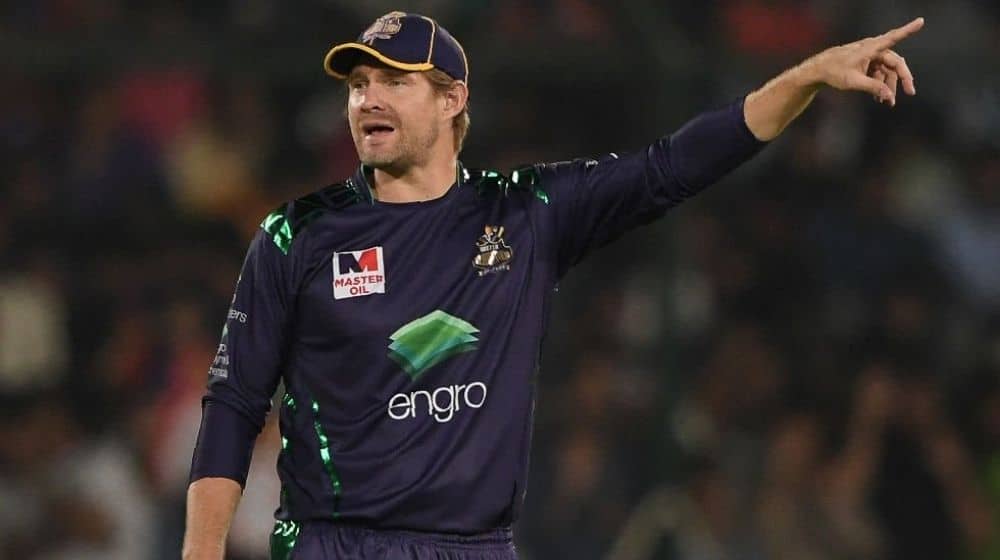 Former Australian all-rounder, Shane Watson shared his excitement on Australia’s historic tour of Pakistan and also revealed some fond memories of touring Pakistan for the 2019 edition of the Pakistan Super League (PSL).

Watson said that Australia has a strong squad and will present a real challenge to the Men in Green but regardless of the result, he is excited about the prospect of seeing Australia playing in Pakistan for the first time in 24 years. He said that it is great for the game that cricket is returning to Pakistan.

He further added that he is grateful for the opportunity to play in the country during the course of his career as it is one of the highlights of his glittering career.

The 40-year old was part of the Quetta Gladiators squad that lifted the PSL 4 trophy at National Stadium Karachi. Watson revealed that the victory lap around the stadium after winning the trophy was without a doubt one of the best cricketing moments of his career. Watson said that the experience will stay with him for life.

Watson said that the love Pakistani fans have for the game is unlike anything he has ever seen before. “The fans genuinely love the game and cricket is a cause for celebration.”

Watson said the Australians will enjoy an experience of a lifetime in Pakistan, hoping for a great contest between the two sides.

“I am sure Pakistan for them will be the experience of a lifetime and that the series – a contest between two great cricket nations – will have been well worth the 24-year wait”.

Australia’s historic tour is set to commence with the first Test match on 4 March at Pindi Cricket Stadium. The tour will consist of three Tests, as many ODIs and one-off T20I.

Via The Sydney Morning Herald