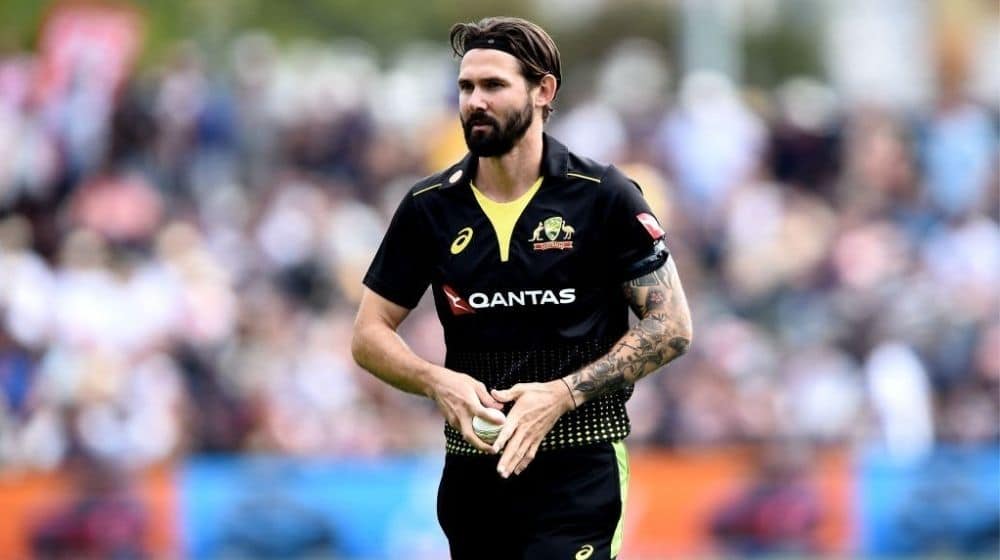 Australian pacer, Kane Richardson has been ruled out of the limited-overs series against Pakistan after suffering a hamstring injury. Cricket Australia has announced uncapped left-arm pacer, Ben Dwarshuis, as his replacement for the upcoming tour.

According to details, Richardson pulled his hamstring during a training session in Melbourne ahead of the squad’s planned departure for Lahore in the next few days. While the injury is not considered long-term, the team management believes that it is in Richardson’s best interests to not travel and aggravate the injury further.

This puts a major dent in Australia’s pace bowling options as their three star pacers, Mitchell Starc, Pat Cummins, and Josh Hazlewood have already been rested for the three ODIs and one T20I.

Australia’s pace attack will be led by Jason Behrendorff alongside Sean Abbott and Nathan Ellis while all-rounders, Mitchell Marsh, Cameron Green, and Marcus Stoinis will provide support to the frontline seamers.

The limited-overs series between Pakistan and Australia is scheduled to commence on 29 March with the first ODI. The final match of the historic tour will be played on 4 April as the two sides face off in the one-off T20I. The entire white-ball series will be played at Gaddafi Stadium, Lahore.