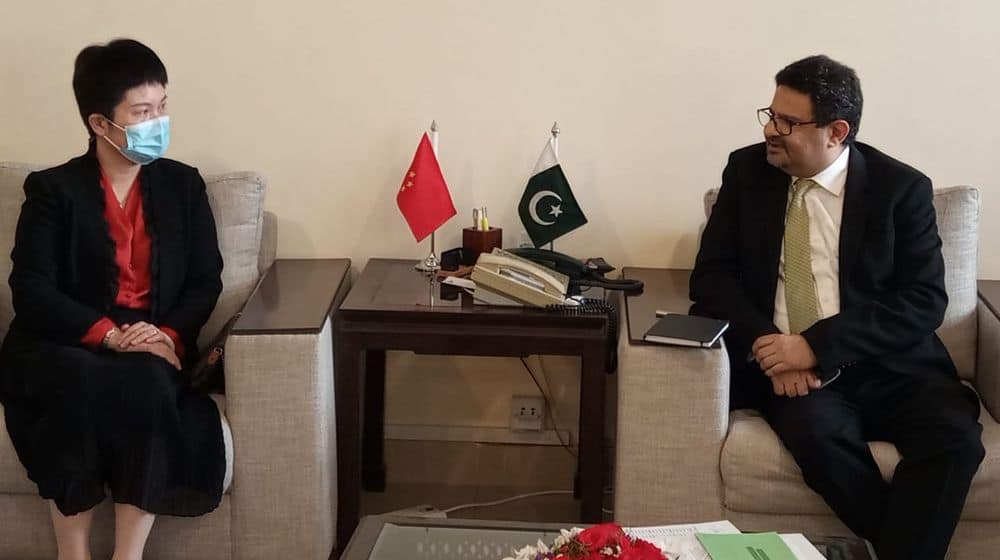 Ms. Pangchunxue, Charge de Affaires of the Embassy of People’s Republic of China called on Federal Minister for Finance and Revenue Mr. Miftah Ismail here at the Finance Division Minister of State for Finance Dr. Aisha Ghaus Pasha was also present in the meeting.

The Federal Minister Mr. Miftah Ismail greeted the guest and extended his best wishes for the Peoples Republic of China.

Ms. Pangchunxue, Charge de Affaires extended her felicitations to the Minister on assuming his new responsibilities and expressed her good wishes for the new government.

The Federal Minister thanked the Charge de Affaires and expressed his desire to further enhance bilateral cooperation in various fields. Referring to CPEC, the Federal Minister said that the corridor will play an important role in taking Pakistan’s economy forward as well as cementing the bilateral relationship between both countries. He further assured his full support for the assistance in that regard.

The Chinese Charge de Affaires assured full support and cooperation of the Chinese Government in developing Economic Zones as part of CPEC. She also thanked Govt of Pakistan for facilitating Chinese companies in various projects in Pakistan.