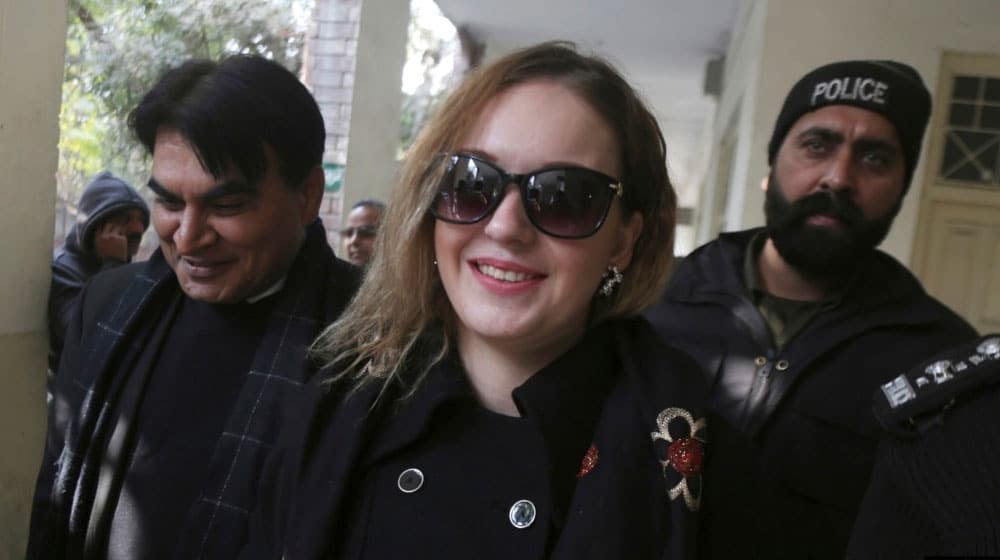 The Supreme Court of Pakistan has barred Czech model, Tereza Hluskova, from leaving the country.

The decision came earlier this week following Pakistan Customs’ petition to prevent her from traveling abroad as she faces a drug smuggling case.

The Customs lawyer informed the court that Hluskova had been sentenced to over eight years in jail by a trial court for smuggling drugs but she was later released by the Lahore High Court (LHC).

The consul stated that she has a flight booked for 23 April, and pleaded to have her stopped from traveling out of the country as a review petition on the High Court’s decision is already pending with the top court.

Hluskova had been arrested at Lahore Airport on 10 January 2018 for attempting to smuggle heroin from Pakistan to Abu Dhabi. The trial had continued for over a year and she was sentenced to eight years and eight months in jail by a sessions court in April 2019.

However, the court had acquitted Hluskova last November and she was released from prison in the same month.