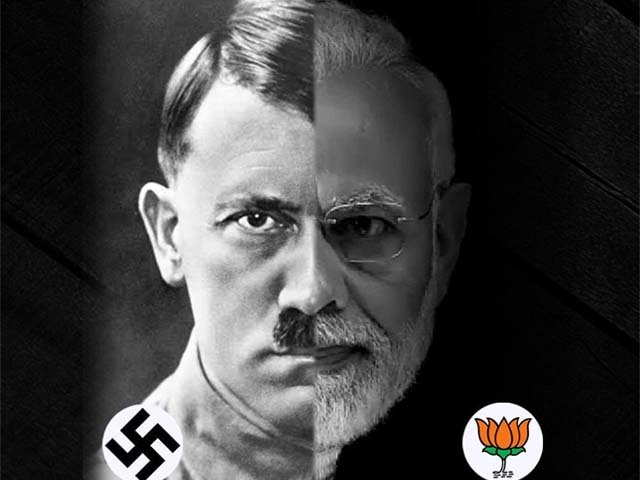 A poignant phrase that speaks of both regret and of resolve.

It was coined when, after the Second World War, the world found out that over six million Jews and other ‘undesirables’ had been exterminated in Nazi death camps. The phrase gave voice to humanity’s regret that we acted too late to save so many innocent lives. It also spoke, however, of the resolve that this must never be allowed to happen again: not on our watch. Today is National Holocaust Day, so perhaps it is only apt that as we rightly remember the horrors of the concentration camps, we should also ask ourselves whether or not we have learned anything from that terrible tragedy.

Throughout the Second World War, there were constant rumors about the forced relocation of ‘undesirables’ to remote death camps; that something awful was happening to the families taken away by train to distant places never to be heard from again. But nobody acted. They were only rumors after all, and, of course, there was a war going on which meant that even if the world wanted to, there was little that could be done. After the war, when the camps were liberated and the scale of the horror finally emerged, the world vowed that they would never let this happen again – that we had learned our lesson.

But have we? Have we really?

Just in my lifetime, I can reel off a list of genocides that we have either ignored or actively allowed to happen. Think of Bosnia, Rwanda, Darfur, and Palestine, to name but a tiny handful of post-war genocides. While the world may feel absolved of what happened to Jews during World War Two by the simple statement that “we simply did not know” in this modern media-driven world, can we claim any such ignorance?

Why, despite the lessons of history, is the world ignoring what is happening to Muslims in India – a clearly visible prelude to a modern genocide?

And yet, despite knowing what is happening, the world sits idly by and allows history to repeat itself.

Learning the Wrong Lessons From History

So many regimes seem to have taken entirely the wrong lesson from the holocaust. For them, ‘never again’ has been replaced with, ‘let’s see if we can do it better’. Right-wing governments across the world emulate Adolf Hitler’s playbook to build their support base, by convincing their electorate that all of their problems are caused by ‘the other.’ Some are more subtle than others, but none are subtle enough to hide their true fascist credentials. Some merely idolize Adolf Hitler. Others go a step further and honor him through their own Hitlerian policies.

In India, for example, The BJP government seems to have taken Nazi tactics completely to heart. Their visible slow creep towards what the Nazis called ‘the final solution’ is as frightening as it is real. With constant allusions to Muslims trying to out-breed Hindus or to a supposed well-crafted plan to take over all the most lucrative positions in India, it is clear that the Nazi playbook is alive and well in Hindutva India. And, as human rights groups warn of an imminent genocide, most of the world continues to ignore the BJP’s openly anti-Muslim policies.

Any casual observer would be forgiven for thinking that the world seems to be either oblivious or has decided that a Muslim genocide is an acceptable sacrifice to ensure good relations with India. It wouldn’t be the first time. The Western allies sacrificed the region and the people of the Sudetenland in 1938 in return for Hitler’s continued favor.

As Western leaders fete PM Modi in order to garner his support against Russia, his anti-Muslim agenda is conveniently forgotten and his legitimacy in their eyes and the eyes of his fanatical followers grows. And Muslims die. With alarming frequency. It seems there is no one willing or able to prevent the inevitable: a genocide that will eclipse everything that the Nazis did or wanted to do in their most fevered imaginings.

This betrayal by fellow Muslims is, perhaps, the deepest cut of all. At the time of the holocaust, there was no Jewish state and, therefore, no Jewish world leaders to speak against Nazi atrocities. To our eternal shame, we cannot even claim that excuse.

And what of our Muslim leaders? I have asked the question in this column before: if non-Muslim countries are ignoring what is happening in India, is it not the duty of Muslim leaders to do something? Instead, many are actually standing by India and PM Modi despite all the evidence that he is an Islamophobe – and not just any ordinary Islamophobe, either. He is an Islamophobe who holds extraordinary power over the lives of hundreds of millions of Muslims. This betrayal by fellow Muslims is, perhaps, the deepest cut of all. At the time of the holocaust, there was no Jewish state and, therefore, no Jewish world leaders to speak against Nazi atrocities. To our eternal shame, we cannot even claim that excuse. 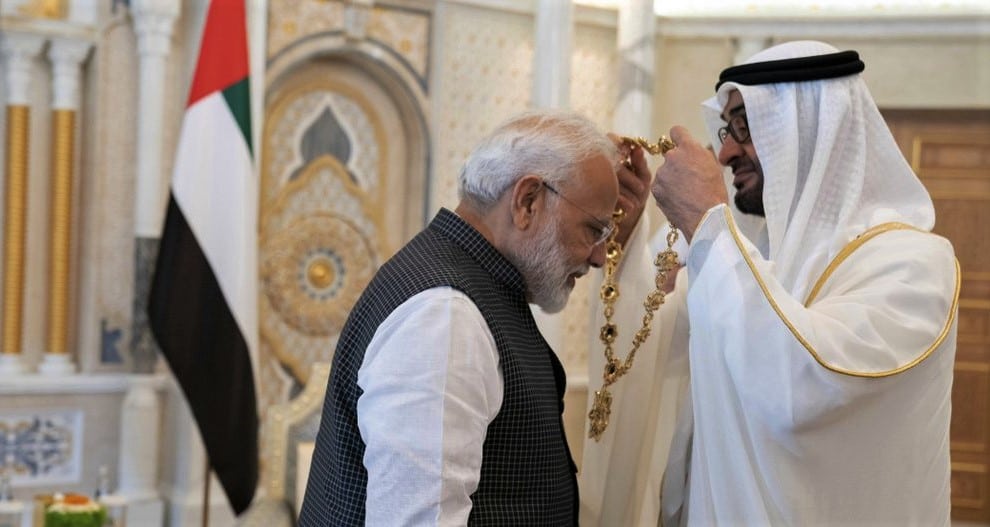 History teaches us that the Nazi’s ‘softer’ forms of discrimination were merely a prelude to their ultimate goal of eradicating all their so-called undesirables.  Why, then, despite the lessons of history, is the world ignoring what is happening to Muslims in India – a clearly visible prelude to a modern genocide?

For the record, I do not use the word genocide lightly, nor am I attempting to scaremonger by my use of such a provocative word. I am, however, conscious of what happened in the past and that the frightening parallels between what happened in 1930s Germany and modern India are there for all to see – if we want to see them.

Ethnic cleansing – a pretty euphemism, if ever there was one – usually follows a similar pattern: gradual demonization of a class of people who are considered undesirable – ‘Untermenschen’, as the Nazis described them. The systematic destruction of a people does not happen overnight. Genocidal despots first demonize the manufactured enemy in their midst and only gradually, once the wider population has bought into their fictional, self-serving narrative, do they begin the pogroms and the executions that mark their entry into the ranks of genocidal regimes. 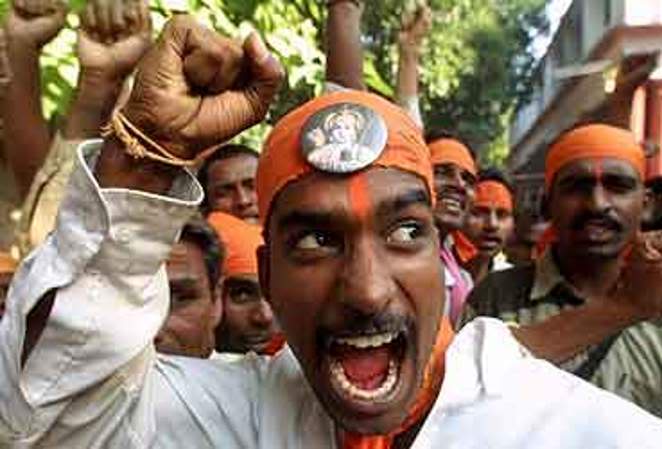 This demonization can take several forms. Often, a first step is to exploit peoples’ economic distress and blame ‘the other’ for their financial woes.

This first pillar in Nazi Germany’s efforts to demonize Jews is being assiduously followed by the BJP who have convinced their followers that Muslims are part of a worldwide Islamic conspiracy to destroy India through commerce.

In 1933, the Nazis proclaimed a Judenboykott – a boycott of Jewish businesses – claiming that the Jews were squeezing racially pure Germans out of business. In homage to their Nazi precursors, local BJP stalwarts declared a ‘redi (handcart) jihad’ forcing street vendors to leave their pitches and make space for Hindu traders or face violent attacks.

To prevent interracial marriages, the Nazis promulgated the Law for the Protection of German Blood and German Honour. The BJP has its ‘love jihad’.

Eventually, as they consolidated their hold on German politics and voters, the Nazis were able to enact even harsher measures against those they deemed undesirable. They began by herding people into cramped ghettoes and then, ultimately, into death camps such as Auschwitz, Bergen-Belsen, and Sobibor where they slaughtered innocent victims on an industrial scale.

In a chillingly similar pattern, the BJP has set up ‘transit camps’ where thousands of Muslims have been detained indefinitely for no discernible reason other than that they are Muslims. How long before these camps become something even more sinister?

And in the same way Jews were indiscriminately attacked by Nazi supporters in the 1930s, there are shockingly frequent reports of Indian Muslims being attacked by Hindu extremists: Muslim homes and businesses burned to the ground; Muslim women raped by Hindu attackers; lynching of Muslims for allegedly eating beef and the arbitrary vicious beatings of Muslims for no crime other than the name on their identity cards. Remember Gujrat in 2002? 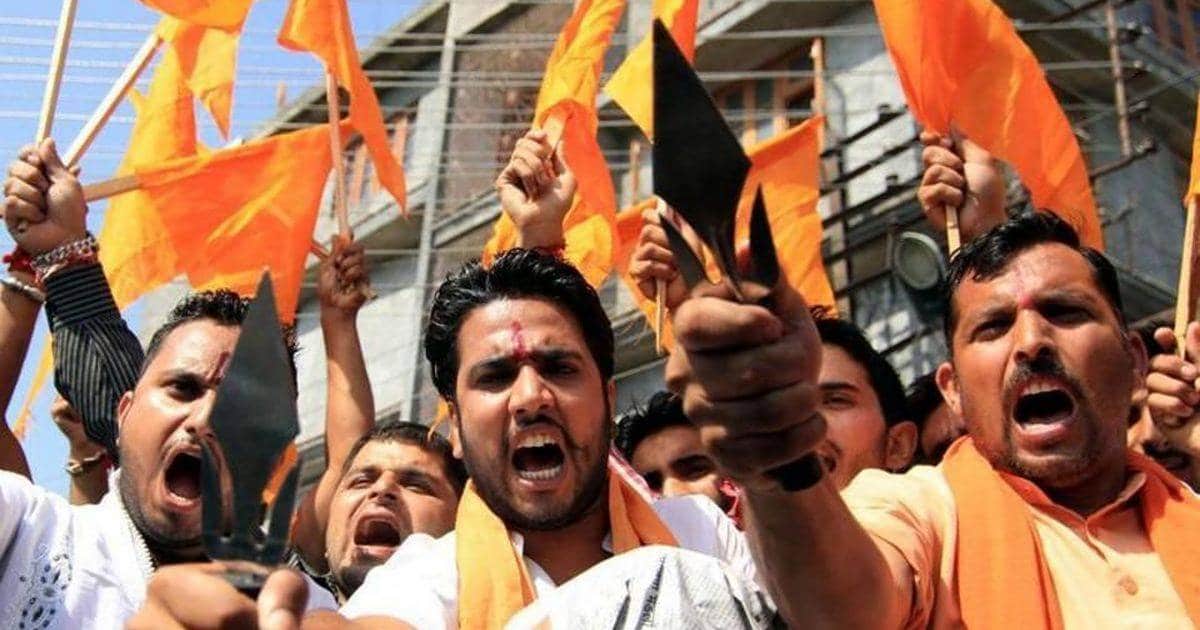 PM Modi has been castigated even by some of his own countrymen for not speaking out against these atrocities, while local leaders of his BJP party openly condone and support the violence and discrimination. The pattern was the same under the Nazis. Then, the world ignored what was happening until it was too late, and it continues to ignore what is happening today.

The Nazis did not begin the industrial-scale slaughter of Jews on the day they came to power in 1933. They began slowly – albeit brutally – by enacting legislation that eroded the rights of the Jewish community in Germany. Nobody, at the time, believed that the Nazis would come up with a ‘final solution’ so heinous that history would condemn them as one of the evilest regimes in human history.

European Jews begged the world to see Hitler for what he was long before the Nazis came up with their odious ‘final solution’. “Never again” is little consolation to the millions of children who never saw life beyond the barbed wires of the concentration camps that were to become their tombs. They would have preferred the world had acted sooner and more decisively.

The fact is that the systematic destruction of a people does not happen overnight. There are steps that come before a regime can reach that stage. Narendra Modi’s BJP is taking those steps as we speak. If we are too blind, too cowardly, or too weak to do anything despite knowing what we know, then tomorrow when we stand before the Seat of Judgment, we have no right to seek the forgiveness of the Muslim Children of India whose every scream warned us of what was to come. 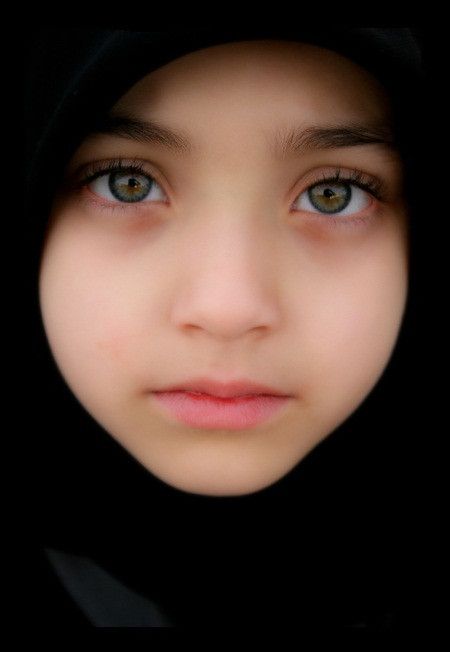 If our worst fears are borne out then their blood will be on our hands. And then, for our shameful indifference, we cannot – no, we should not – ever be forgiven.