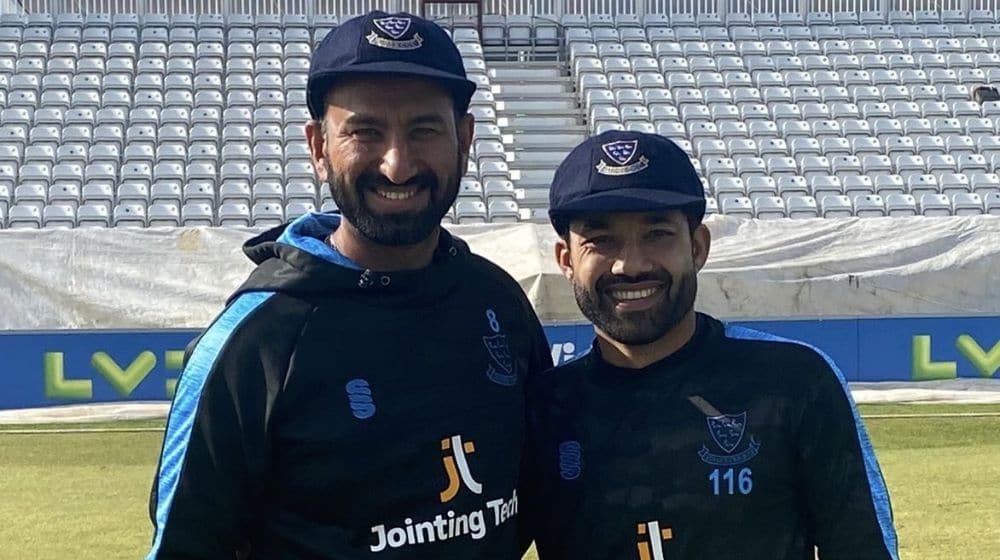 The two are currently playing together for Sussex in the ongoing County Championship where they have developed a good camaraderie.

Rizwan shared the details of his friendship with Pujara in an exclusive interview with Crickwick. He stated he teases Pujara every now and then and they both share a good laugh.

The gritty wicket-keeper batter has particularly been impressed with Pujara’s ability to stay calm under pressure. Rizwan said that Pujara’s concentration level is next to none and he rates him very highly.

The 29-year-old further added that Pujara has helped him a lot in improving his game in unfamiliar conditions in England. He said that Pujara advised him to play closer to the body as it is difficult to play away from the body in these conditions.

Rizwan further stated that the players should keep on learning to improve their game and if they get a chance to learn something from any player, they should grab the opportunity with both hands.

The two players have had contrasting outings in the County Championship so far. While Rizwan has struggled to adjust to the conditions, Pujara has been in magnificent form. The Indian batter is currently the second-highest run-scorer in the competition with 717 runs at an average of 143.40 in 4 matches.