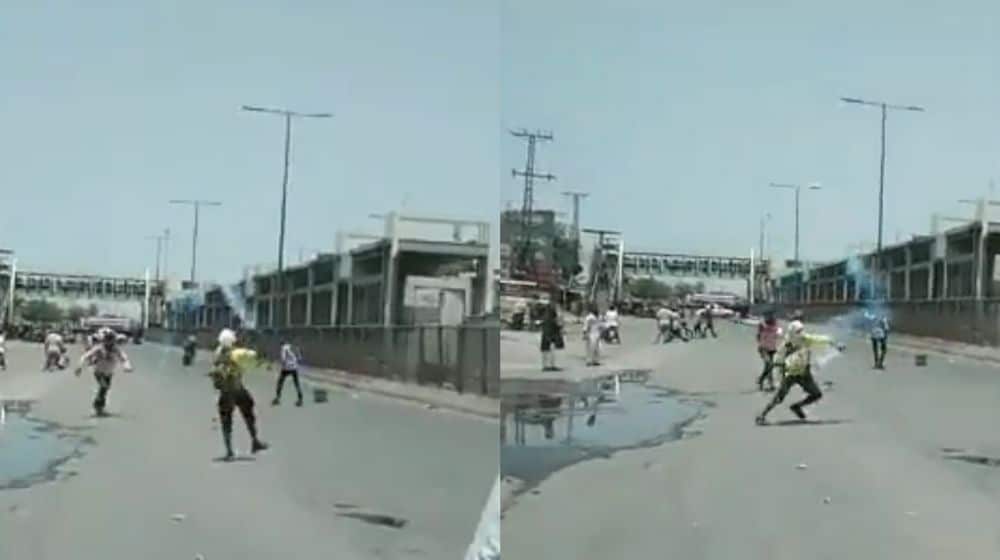 Incredible footage of a young worker of PTI catching a lit-up tear gas canister and throwing it out of harm’s way is making the rounds on various social media platforms. The social media users were impressed by the bravery of the young man and commended him for his courageous act.

Check out the incredible video:

What a catch bro! pic.twitter.com/oSyrqMHJua

The video has gone viral on social media garnering thousands of views within a matter of hours. It also provided an opportunity for the social media users to come up with hilarious memes as they urged the Pakistan Cricket Board (PCB) to select him for the national team.

Some users also trolled Pakistan national team player, Hasan Ali, as they urged him to learn how to catch from the young worker as they referred to Hasan’s infamous drop against Australia in the semi-final of the 2022 T20 World Cup.

Others compared it to Shadab Khan’s catch to dismiss Kohli in the 2017 ICC Champions Trophy while some stated that he would make a better wicket-keeper than Kamran Akmal.

Let’s check out some of the best reactions:

Hasan Ali Should Take Classes From This Guy https://t.co/uPUWCDdNGT

What a catch. Your future is in cricket 🏏 brother. 100 point for the courage. https://t.co/DqC1Zc42Rn

Potential to be better wicketkeeper than Akmal. https://t.co/9WLOCjVOMf