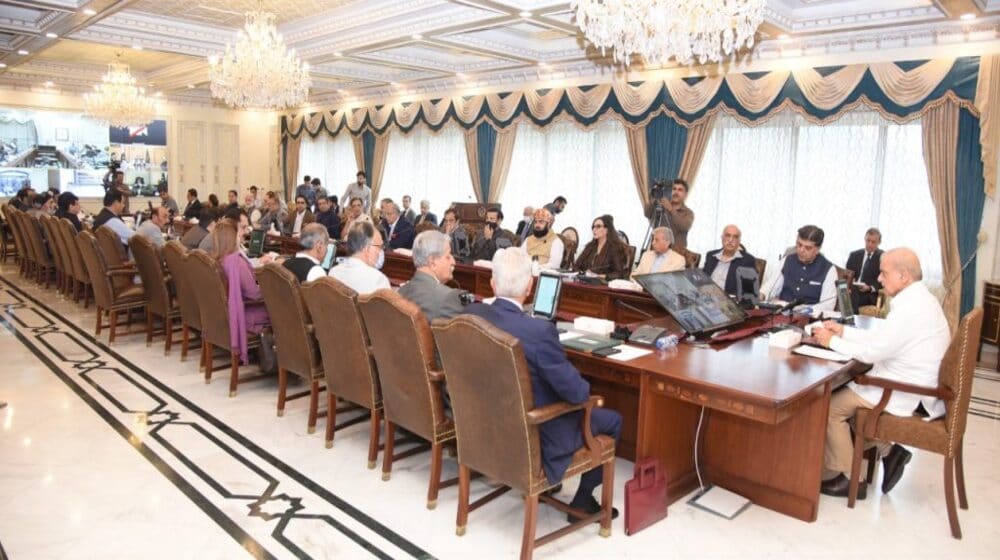 The Federal Cabinet on Tuesday reviewed the Generalised Scheme of Preferences Plus (GSP+) agreement, that was signed in 2013 and under which Pakistan had got the facility for ten years in exports to the European Union (EU) countries.

The meeting was briefed on the key elements of proposed new EU GSP (2024-2034). It was informed that all the ministers concerned were in contact with the EU authorities.

The cabinet expressed its satisfaction that almost all political parties had their representation in the current coalition government, therefore, meeting all the conditions required for the GSP Plus agreement would be easy.

The prime minister directed all the relevant ministries to ensure timely inking of the agreement for European Union’s GSP (2024-34).

The cabinet also approved the issuance of the Ijara Sukuk bonds in the domestic and international markets to support the government’s budgetary position.

Foreign Minister Bilawal Bhutto Zardari and Minister of State for Foreign Affairs Hina Rabbani Khar briefed the cabinet that Pakistan had met all the requirements of the Financial Action Task Force (FATF) and hoped that after the visit of FATF team, Pakistan would be out of the grey list.

The cabinet observed that after coming out of the grey list, international trade and other restrictions would be eased and the country would be able to expand its trade across the world.