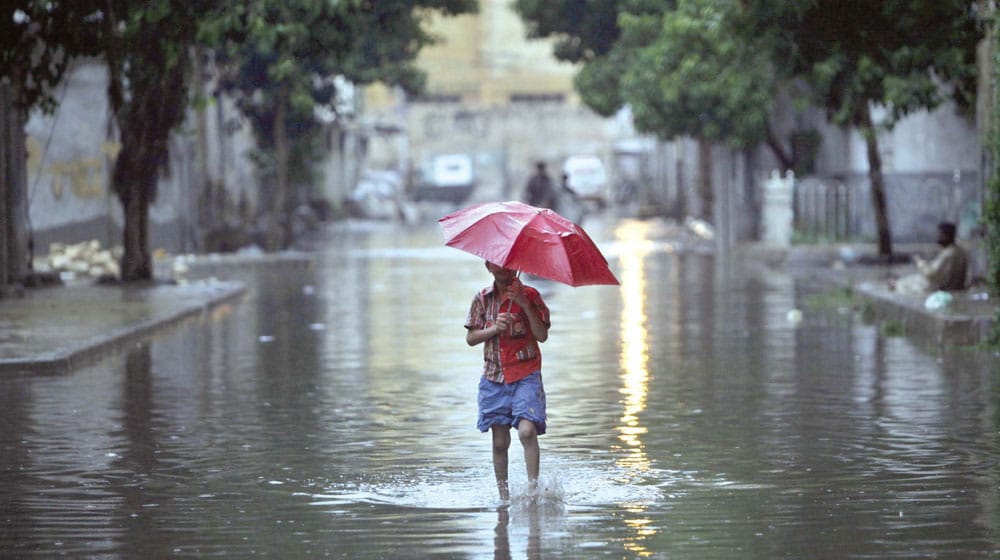 Karachi is likely to receive heavy rainfall, 30% above normal, during the upcoming monsoon season starting from the last week of June, the Pakistan Meteorological Department (PMD) has predicted.

Speaking in this regard, Chief Meteorologist PMD Karachi, Sardar Sarfaraz, said that the rainfall spell in the provincial capital will start from 1 July. The first monsoon spell is likely to persist for three to four days.

Last week, the PMD had predicted that the monsoon weather system will enter the country in the last week of June. As per the monsoon 2022 outlook, Pakistan will likely receive above-normal rainfall during the upcoming season.

Where the daily weather forecast is concerned, continental air is prevailing over most parts of the country. Hot and dry weather is expected in most of Pakistan in the next 24 hours.

During the last 24 hours, hot and dry weather persisted in most parts of the country. Mithi, Nokkundi, and Chhor recorded the highest temperature (43°C) on Thursday while Garhi Dupatta in Azad Jammu and Kashmir (AJK) and Skardu in GB received light rainfall on Thursday.