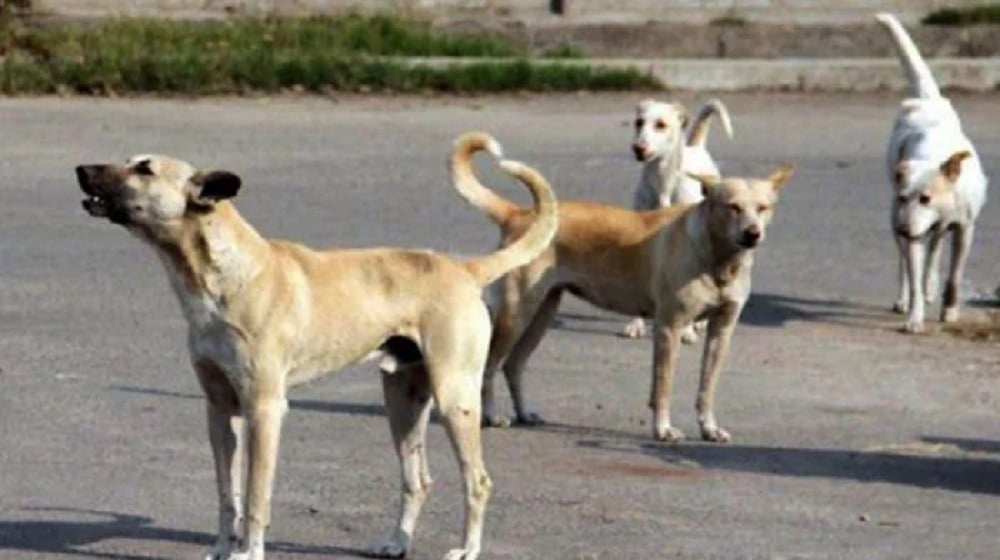 A nationwide uproar against the kidnapping of animals at veterinary universities in Pakistan and the subsequent barbaric and gruesome live experiments on them gained international traction and culminated in historic new reforms for animal welfare last month. Among the many organizations that had reached out to the authorities in Pakistan was the People for the Ethical Treatment of Animals (PETA) – a world-renowned American animal rights nonprofit organization.

PETA, whose motto reads, in part, that “animals are not ours to experiment on” champions the crucial global shift toward animal-free training methods and research. It had contacted the authorities in Pakistan in mid-June, urging a ban on the controversial veterinary training procedures on animals, and shared recommendations for humane and modern alternatives, such as the realistic simulation models used in the US.

“We urged them to embrace humane simulation models and ban training methods on animals that are medically unnecessary and don’t directly benefit the animals involved,” he stated. 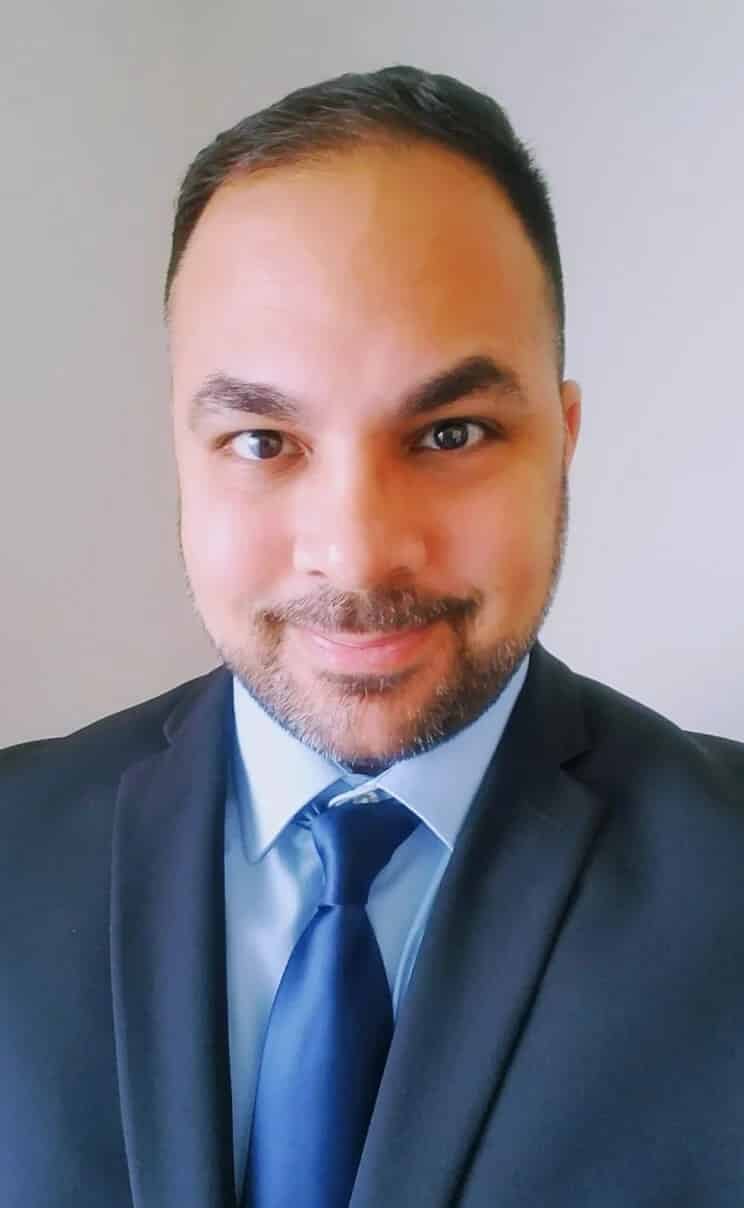 He believes that “veterinary students need supervised hands-on experience with live animals as an important aspect of their clinical training and preparation” which can be done ethically without harming animals and keeping them in laboratory cages. He also stressed that “procedures that are neither medically necessary for, nor of direct benefit to, the animals subjected to these practices should be prohibited during such trainings”.

“Basic skills training, such as IV catheter placement, blood draws, intubation, restraint, radiographic positioning, and critical care monitoring, as well as advanced surgical training, can be accomplished using realistic simulation models. Once students are comfortable with these skills, carefully supervised veterinary clinical practicums involving animals who present with a medically relevant issue and/or who would directly benefit from the procedures performed on them in the clinic allow veterinary trainees to put their knowledge to use,” Gala explained.

He agreed that technical skills are vital, but it is also essential to “instill a culture of care in veterinary training. Creating a dichotomy between the animals used for training and the animal companions seen in an examination room does not benefit the veterinary profession.”

Speaking to this scribe, Gala outlined the following humane training methods available that can effectively prepare veterinary students for a fruitful career.

This model can replace live animals and animal cadavers in veterinary surgical training as it breathes and bleeds; has individual muscles, organs, and bones; and can be operated on repeatedly.

This is an innovative online anatomy software program that includes virtual anatomical models of dogs, cats, cattle, and horses. The dog model — Virtual Canine Anatomy — has received outstanding accolades from members of the American Association of Veterinary Anatomists, students, and instructors both in the US and internationally.

PETA had previously stated that it had reached out to the Head of Prime Minister (PM) Strategic Reforms Unit, Salman Sufi.

Clarifying the agenda of the discussion, Gala said, “While Sufi, after discussions with PETA and other advocates, has made progress in initiating historic new measures to curb abuse of animals in Pakistan’s veterinary training, there is more that must be done to end such practices nationwide and we look forward to pressing these and other issues with Sufi during our upcoming meeting”.

PETA hopes to work with the governemnt on the following strategic reforms to improve research results and develop more effective human treatments in Pakistan:

PETA’s Vice President revealed that it also expects to work with Sufi on other similar strategic reforms in the following areas that involve the use of animals for biomedical research and training:

Prior to the constitution of the current Pakistan Medical Commission (PMC), PETA was in talks with the Pakistan Medical and Dental Council (PM&DC) to advise it about various reforms for its MBBS curriculum to replace the cruel use of animals with non-animal methods. It had urged for only non-animal teaching, learning, demonstration, and assessment methods to be used, including didactic methods, interactive computer-aided learning (CAL), human patient simulators (HPS), human cadavers, supervised clinical practice, or other non-animal models.

“We hope Mr. Sufi will work with PETA to move this strategic reform forward, which would put Pakistan’s medical education system in sync with the US, Canada, India, and others that no longer use animals for undergraduate medical training,” Gala said.

PETA has noted that millions of animals are used in zoology and life science dissection courses around the world every year despite the abundance of virtual reality software and the availability of physical simulation models.

It has also worked with SynDaver to develop a new simulated whole-body frog model called a SynFrog™, which can completely replace the use of frog cadavers in classroom dissection exercises.

After its successful adoption by India, PETA wants to work with Sufi to emulate this landmark reform in Pakistan.

PETA’s scientists are also keen for Pakistan to establish a national database for approved non-animal biomedical research and training methods, and the drafting of regulatory language to replace the use of animals for such purposes with approved non-animal methods that appear in the database.

This is a comprehensive new report from PETA to government agencies that offers a strategy for identifying and eliminating funding for biomedical research methods that do not work, and refocusing resources on more promising areas.

It also presents the American government’s evidence that 95 percent of all new medications that test safe and effective in animal tests fail in human clinical trials.

Gala dilated that the deal promises human-relevant research methods, such as Organs-on-Chips (OoCs), sophisticated uses of human stem cells, genomics and proteomics, imaging, and computer modeling that can replace animals in laboratories.

Gala told ProPakistani that Sufi’s office had contacted PETA several times to schedule a Zoom meeting to discuss strategic reforms for animals used in veterinary and biomedical research and training, but it has been in vain because of scheduling issues.

“We have requested their availability for a new meeting date and we await their reply. This meeting is a matter of urgency, as every day, animals suffer in laboratories. PETA is ready, willing, and able to assist Mr. Sufi in transforming Pakistan into a hub for humane veterinary training and human-relevant biomedical research and training that doesn’t harm animals, and we look forward to receiving Mr. Sufi’s availability for a meeting”.

Shalin Gala has worked with PETA for more than 18 years, and his main focus is collaborating with companies, academia, and government agencies around the world for the modernization of their biomedical research and training by helping them shift to non-animal methods that are more “effective, ethical and economical”.

He and his PETA colleagues had collaborated with the College of Physicians and Surgeons Pakistan (CPSP) in 2015 to replace its nationwide use of animals for Advanced Trauma Life Support training with PETA-donated state-of-the-art TraumaMan simulation models. Senior CPSP leaders Prof. Mehmood Ayaz and Prof. Abrar Ashraf Ali met with him in Washington DC the following year to discuss the CPSP’s progress in expanding animal-free ATLS training in Pakistan, aided by PETA’s donation.

Gala stated that there are several PETA entities around the world that work in multiple territories, “sometimes even without a physical presence on the ground but rather through international dialogue and assistance”. Although it does not have a direct branch in Pakistan, Gala assured that PETA is “confident that we can effectively assist Pakistan in improving the lives of animals and we look forward to meeting with Mr. Sufi to enact more lifesaving reforms”.